To kick off our week of commemorations for the 950th anniversary of the Battle of Hastings, Sharon reviews 1066:What Fates Impose by Glynn Holloway. The author has offered a signed copy as a giveaway. To be in with a chance of winning this fabulous story, simply leave a comment below of on our Facebook Page. The winner will be drawn on the 14th October 2016. Good luck! 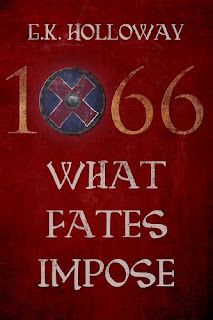 England is in crisis. King Edward has no heir and promises never to produce one. There are no obvious successors available to replace him, but quite a few claimants are eager to take the crown. While power struggles break out between the various factions at court, enemies abroad plot to make England their own. There are raids across the borders with Wales and Scotland.

Harold Godwinson, Earl of Wessex, is seen by many as the one man who can bring stability to the kingdom. He has powerful friends and two women who love him, but he has enemies will stop at nothing to gain power. As 1066 begins, England heads for an uncertain future. It seems even the heavens are against Harold.

Intelligent and courageous, can Harold forge his own destiny – or does he have to bow to what fates impose? 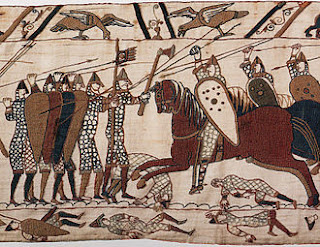 Glynn Holloway's 1066: What Fates Impose is an experience in itself. It takes you on the epic journey of Harold Godwinson, earl of Wessex, and William, duke of Normandy - Harold's rival for the throne of England - that ends at Senlac Hill, Hastings on 14th October 1066. It is a riveting tale, weaving together the lives, loves and conflicts of those who held the fate of England in their hands. Impossible to put down, 1066: What Fates Impose, gives the reader a panoramic view of the events that would change the course of English history forever. 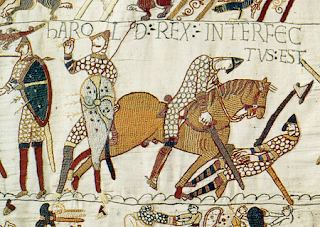 This is the story of England, and takes you on a journey through the events leading up to the Norman Invasion, from the ineffectual rule of Edward the Confessor, through the fall and rise of the Godwin family and the battles with Wales and rebellious earls, to the final showdown with William and his Norman host. Focusing on Harold, we are led from the Welsh borders, through Norman towns and the gorgeous English countryside; from York to the south coast.
The story provides insightful biographies of the characters involved, from the vague Edward the Confessor to the formidable William the Conqueror. 1066: What Fates Impose gives a sympathetic portrayal of the beleaguered King Harold, so much so that you find yourself hoping that the outcome will be different - this time.
One of the greatest assets of this novel is the depiction of the relationship between Harold and William. The way these two chief protagonists interact is the mainstay of the story. From the moment of their first meeting, they are locked in a battle of wills...


'Don't concern yourself, William...'
The Duke held up his hand, showing his palm as a sign for Harold to desist. 'You've said all you need to reassure me, Harold and I'm sure you won't mind addressing me by my correct title.' Harold looked surprised.
'It's for the benefit of my vassala. I think it's best for everyone to know his place. Don't you, Harold?'
'In your court, Duke William, you must do as you see fit. Will you address me as Earl Harold/'
'why? Do you see a need for it?'
'Surely, if we are to observe formalities, when you are addressed by your title, I should be addressed by mine?'
'But Harold, my friend, you are only an earl.'
'I think you'll find an earl is the equivalent of a duke.'
'Ah, but I alone rule Normandy.'
'In the name of the King of France?'
'That's true, but you're forgetting: in this land only the King is above me.'
'You're forgetting: in England only the king is above me.'
'But you're only one of many earls. I am the only duke.'
'True, but in England I am Subregulus. Should anything happen to my brother-in-law, the King, I would take charge of the country. Would anyone expect you to take charge of France, if anything happened to your king?'
'Enough of this, Harold! It's simple. You are the guest; I am the host. This is my court and I make the rules. Is that clear, Harold?'
The hall was deathly silent now. Everyone's attention turned to the Earl.
'Perfectly,' Harold replied calmly.


It is clear that all the leading characters of the era have been examined in-depth, to provide a complete picture of the personalities involved; their strengths and weaknesses, and the way that events affected them and their decisions. While it is easy to feel sympathy for Harold and to get frustrated with Edward the Confessor, it is also possible to admire the machinations of the wily William and detest the betrayals of Harold's brother, Tostig and Edward's erstwhile adviser, Robert of Jumieges. 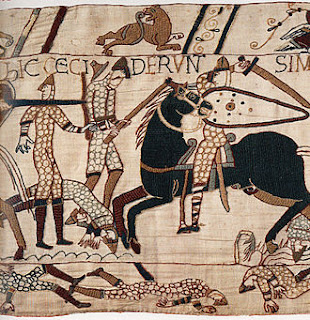 With a dedication to historical authenticity that is not always seen in a novel; the story transports you back in time, taking the reader through all the events and decisions which led up the Norman Invasion. The drama is tense and the story moves along quickly, leaving the reader little time to breathe amid the various crises that face the English crown in the build-up to the Conquest. It keeps you gripped from the first page, and will not set you free until the final, climactic battle.

And what a battle!

Glynn Holloway is a master storyteller. His battle scenes are detailed, hectic and incredibly vivid. You can almost imagine yourself in the middle of the Battle of Hastings itself; or stood alongside Harold's love, Edith, watching the disaster unfold. You miss nothing; the decision-making, the action, the battle's commanders and men on each side, desperately fighting to survive - and win.

1066: What Fates Impose is an epic retelling of the events that culminated in the battle that has defined English history for the last 950 years. If you want to read one book this year, which will tell you of the events of 950 years ago, which will give you a fabulous insight into the events and personalities involved. This is it! It is exciting, dramatic and gripping - I couldn't put it down 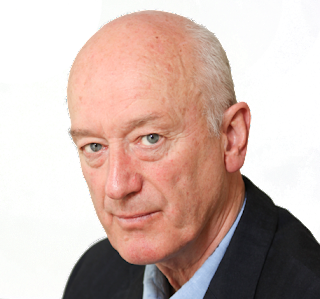 I’ve always liked stories ever since I was a kid and not fussy about what format they came in, whether it be stories read out loud on the radio, TV, comics, books or films, I still get great pleasure in listening to people telling me their own stories, whether it be at a bus stop or some heart to heart conversation, whatever. When other people get bored or impatient at the supermarket checkout, I find myself picking out other customers and working out their back stories or develop a character in a novel. I just love stories, so, I suppose, it’s only natural that I tell stories as well as listen to them. The only people I didn’t listen to were teachers – unless they taught history, literature or Bible stories.
Being dyslexic, I never really read much, until, at the age of eight, I ended up in hospital with appendicitis. Lying in a hospital bed is pretty boring and as there was no TV in hospital wards in those days, so I read through all the comics I could get my hands on. So my Mum brought me in a couple of books and that’s what got me into reading. In my teens I progressed through every Biggles book ever published to Penguin Modern Classics and most of what they had to offer.
After leaving school I became a compositor on a local newspaper; trained in a job that should have seen me set for life. Along came photo-film-setting and I watched as printing changed overnight and saw a machine doing the job of half a dozen men in a fraction of the time they could. I knew this was just the beginning of the end for me and decided to get myself an education and a different career. Studying O Levels and A Levels part-time at the local technical college, I went on to take a history and politics degree in Coventry.
From Coventry I went to Bristol, studied to be a Careers Officer, worked in Gloucestershire in schools, colleges and Adult Education, before becoming a Student Welfare Officer.
What made me write? My wife, Alice, bought me a book for Christmas, which I just loved. It was called, Harold the last Anglo Saxon King, by Ian W Walker and it shone a light into the dark recesses of history I knew little about. I found the whole period so fascinating I just read more and more about the time period. In fact, I found the whole era so exciting I couldn’t believe it hadn’t been covered more in with films, TV, books, etc. (Think Tudors). ‘Somebody ought to write a novel about this,’ I thought. And decided that somebody ought to be me. Fortunately, things worked out in such a way I was able to realise my dream. The rest is historical fiction.
Website
Facebook
Glynn's book are available from Amazon and his Publisher


About the reviewer: Sharon Bennett Connolly has been a member of The Review team for over a year now. She has had a passion for history since school, and writes her own blog; History...the Interesting Bits. She is currently working on her first book, Heroines of the Medieval World which will be published by Amberley in 2017.
Posted by Sharon Bennett Connolly at Friday, October 07, 2016