Richard reviews: Back to Santa Fe by W.T. Durand

The author of this book has kindly offered an ebook copy (any format) to each of two lucky readers. To be in with a chance to win, just leave a comment below or on our Facebook page.
The draw will be announced on Tuesday December 8th.

Back to Santa Fe, by W.T. Durand, is a contemporary book exploring the personal and official investigation of a cold case. Although this initially appears to be a straightforward road accident, subsequent digging around reveals a much more sinister web of events. The central character, Sullivan, becomes determined to find out the truth of the affair, no matter what the personal cost. He works as a skilled carpenter on short-term building projects, and has to constantly juggle multiple priorities - such as earning money for food while trying to unravel the past.

The book deals with a part of America, and a part of American culture, about which I knew almost nothing. As such, there were plenty of slang words and casual expressions which have to be deduced from context, especially in conversation between the various characters. I actually did not find this a barrier, but rather an extension of the sense of uncovering secrets. There is a sense of listening in on a set of people who have no idea you are there, and are simply going about their daily lives as normal.

Secrets are, indeed, at the core of the book, and almost nobody is quite who or what they seem at first sight. The occasional person who is, in fact, entirely straightforward, therefore strikes the reader with a sense of confidence and relief amongst all of the pretence and deceit. The suspicion felt by Sullivan, heading towards paranoia, begins to affect you as reader, and you start to doubt the good intentions of perfectly honest people wanting to help.

Unfortunately for Sullivan, the layers of pretence obscure even his own family members. As this becomes clear to him, so also does the fact of his own lack of understanding and empathy. For a man to whom family loyalty is a major driving force, the revelation of his own insensitivity is a terrible blow, which threatens to crush him completely. He survives by rebuilding relationships on foundations of honesty, and the acceptance of difference.

The Kindle version I read had a number of punctuation errors, chiefly arising from missing full stops or commas at the end of quoted speech. These could quite readily be caught by another proof reading sweep, and I did not find them a hindrance to my enjoyment of the book.

A lot of the plot circles around the official police investigation, reopened when some previously hidden facts come to light. I have no idea how realistic these are, but again for me that was unimportant. The draw of the narrative was the way in which, from several different angles, buried secrets were brought into the light so that they could be understood and, so far as possible after the gulf of time, justice enacted.

Sullivan's line of work runs as a background metaphor through the book, and surfaces quite explicitly near the end: "...boards are like people - you can't tell what's under the surface unless you take a little time to find out. It might be really good grain you expose, and it might be sign of internal rot. That's why my plane blades are always sharp."

Considering that we first meet Sullivan aggressive and drunk, and very far indeed from being sharp, this highlights the extent of the personal journey he has made.

All in all, an involving and enjoyable book which drew me progressively into Sullivan's life, as well as the part of America he lives in. 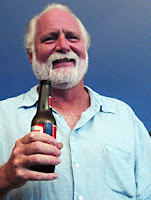 A former commune-dwelling goat herding hippie and guitar picker turned tree planter and ski mechanic, illustrator, wood carver and carpenter; author Richard Sutton left college and hitch-hiked to New York in 1972 with forty dollars in his pocket and no preconceptions.

"There, I met my wife, worked in advertising and design until I was an empty, hollow shell, then ran a retail gallery, becoming an Indian Trader in 1985." More travel followed and a home in New Mexico. He finally saw the light of day and began to write fiction more or less full-time, in 1996.

An historical fiction/fantasy The Red Gate began it all in 2009, then a sequel, The Gatekeepers in 2010. 2011, saw the release of his first SciFi novella, Home, and Troll, a prehistoric-fantasy, followed in 2012. 2014, Back to Santa Fe was released April 1st, writing as WT Durand and On Parson's Creek, a YA mystery was just released in October. He lives with his wife and their cats, raccoons and other boarders in New York.

Richard Abbott is the author of In a Milk and Honeyed Land, Scenes From a Life, The Flame Before Us, and most recently Far from the Spaceports. He can be found at his website or blog, on Google+, Goodreads, Facebook and Twitter.
Posted by Richard Abbott at Monday, November 30, 2015 5 comments:

The author has kindly donated 4 Kindle copies as prizes. To be in with the  chance of winning a copy, simply leave a comment on this page or our Facebook page. The draw will be held on Thursday 3rd December.

There is tragedy, murder, love, lust, magic and people raised from the dead. Though this may seem like a lot to fit into one book, it works well and if you can keep up with the fast-pace, you’re in a for a treat. 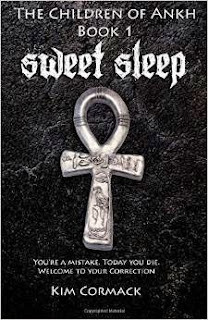 This book was a surprise on so many ways and kept me guessing all the way through. I loved the way the scene was set so well, getting to know Kayn, her best friend Kevin and her twin sister Chloe. Straight away, I could tell I was going to love the book. I identified immediately with Kayn, as I’m sure a lot of people will be able to. She’s a tom-boy, who lives in the shadow of her sister’s beauty, despite the fact they are identical twins. There’s the usual teen-angst of the boy she loves who doesn’t see her that way, but it does not read as only for teens, as some YA novels do. As a 37 year old woman, I found it just as exciting, interesting and relevant as my 15 year old daughter would. This is a perfect book for anyone who loves to dive head-first into another world and get lost there.
The untimely demise of some characters early on (no spoilers about who) took me completely by surprise, but really drew me into this new world that Kayn was so suddenly a part of. The concept of this new race of beings, as well as Kayn and Kevin’s part in it was fascinating. The use of mystic objects such as rose quartz tombs that raised people from the dead, psychic powers etc kept the fantasy geek in me entranced from the get-go. However, I would recommend this to readers of all genres as the characters and story are so well crafted, I feel as though the lines of what genre this book belonged to blurred; as it does in all the books I like best.
I’m a sucker for some humour spattered amongst tragedy and Sweet Sleep was humorous throughout. Kayns sarcastic interactions with Kevin had me laughing to myself and getting some very strange looks as I did so. Kim Cormack seems to have the gift most writers pray for, which is to write something so easy to read, with endless plot possibilities and characters that fans will fall in love with.
The plot is well-crafted and Kim Cormack expertly weaves her tale to perfection as she brings more characters to life which quickly became favourites: from the bad-boy you love to hate to the sassy Lexy. Though Kevin and Kayn are favourites, I think it won’t be long before we find fans of Kim Cormack’s wearing Team Frost t-shirts; what’s a story without a mystical, bad-boy?
The thing I enjoyed most overall was the friendship between Kevin and Kayn and their later budding romance. I really found myself rooting for them, after all she’d been through I wanted a little happiness for Kayn. There is a hint of one of the weirdest love— triangles ever.

Bring on book 2 and more 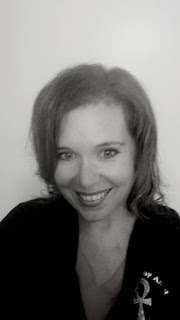 About the Author
Kim Cormack is the always comedic author of the darkly twisted epic paranormal romance series. "The Children of Ankh". She worked for over 16 years as am Early Childhood educator in preschool, daycare, and as an aid. She's lived most of her life on Vancouver Island in beautiful British Columbia, Canada. She currently lives in the gorgeous little town of Port Aberni. She's a single mom with two awesome kids.
Website
Amazon
Twitter
Facebook


Dawn Singh always found comfort in books as a child and from a young age and could be found reading or writing. Her first attempt at fiction was at 10 years old, Dawn wrote and illustrated a book entitled Hippo In The House. This was a turning point as Dawn decided that from that moment on the only thing she wanted to do was write. Fast forward a few years after school and Dawn married, had three children and completed a degree in counselling and psychology. She returned to writing in 2005 when she had an overwhelming flood of ideas for several stories and began writing immediately at every opportunity.


Dawn’s first book Regina: The Monster Inside was published June 2014, with the second out November 2015, it is the first in a trilogy. Dawn is heavily influenced by YA novels, Sci-fi and fantasy, being a huge fan of the genres.


Dawn lives in Bradford in the North of England, with her husband, two daughters, her son and Mario her Bombay cat. Dawn is currently CEO and author liaison at Follow This Publishing.
Posted by Unknown at Thursday, November 26, 2015 8 comments: