Hi Geoff. It is really good to make contact with you. 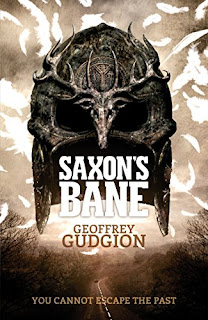 I am sure that you are tired of being asked the usual questions that would be interviewers ask authors, so hopefully this interview is an interview with a difference and I have come up with some unusual questions!
First things first I am sure there is a question that you have always longed to be asked. Now is the chance. Ask your own question and answer it!
What really bugs you about the publishing industry today?
-        It is incredibly risk-averse. These days it seems that the only authors selling manuscripts into mainstream publishers are either proven best-sellers or pneumatically-enhanced female celebrities with salacious stories to tell. I don’t qualify by any of those criteria.

What is the genre you are best known for?
-        I had no concept of ‘genre’ when I started, merely a story that was fighting to land on the page. Saxon’s Bane had a thriller’s pace, a touch of romance, and a hint of the supernatural. It was published as ‘horror’, somewhat to my, er, horror.

What made you choose this genre?
-        I’d had one or two experiences that couldn’t be explained by science, and started writing stories with that scent of an otherness.

How do you get ideas for plots and characters?
-        I start with the concept of a book; the main character, a beginning, a challenge, and a possible resolution. After that, I find the characters grow themselves. The fun part is when they take over.

Favourite picture or work of art?
-        The Luttrell Psalter, with its wonderful margin drawings of life in 14th Century England. It’s available online thanks to the British Library. 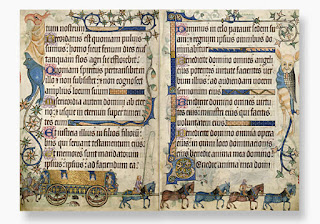 If, as a one off, (and you could guarantee publication!)  you could write anything you wanted, is there another genre you would love to work with and do you already have a budding plot line in mind?
-        Historical fiction. I’m blessed with a very supportive agent, who told me last year that I have to choose whether to follow the market or my cross-genre muse. He even approved the concept of the book I’m now writing. It’s pure HF, set in 14th Century France, during the persecution of the Knights Templar.

Was becoming a writer a conscious decision or something that you drifted into (or even something so compelling that it could not be denied?) How old were you when you first started to write seriously.
-        It’s something I always wanted to do. I made my first attempt at writing a novel in my early 20’s, but it was another 30 years before I had the courage to make a career change, from business to consultancy, to free up time for writing.

Do you have any rituals and routines when writing? Your favourite cup for example or ‘that’ piece of music...??
-        I’m lucky enough to have a garden office which is my creative space. It is only used for writing, and there are deliberately no distractions like telephones or internet. Each morning I set up my laptop, make coffee, update a wall chart with the previous day’s word count, and try not to stop before I’ve added 1,000 more.

I promise I won’t tell them the answer to this, but when you are writing, who is more important, your family or your characters?
-        Let me put it this way; my wife begins all conversations with the words “Earth to Geoffrey…” (Laughter coming from Diana HQ!)

How much of your work is planned before you start? Do you have a full draft or let it find its way?
-        I start with an idea of how I’m going to finish, but I only plan about 10,000 words ahead. Part of the excitement is discovering twists and turns; I couldn’t do that if it was fully plotted in advance.

Have any of your characters ever shocked you and gone off on their own adventure leaving you scratching your head??? If so how did you cope with that!?
-        Yes! I go with them, let them play, and wait for the editing phase to decide whether they had a good idea.

How much research do you do and do you ever go on research trips?
-        Masses. For the current, HF project, the research notes run to about 60 folders in Scrivener. I went as close to original source material as possible, reading English translations of 14th century French and Latin documents; in total, at least 6 months’ work.

Fiction authors have to contend with real characters invading our stories. Are there any ‘real’ characters you have been tempted to prematurely kill off or ignore because you just don’t like them or they spoil the plot?
-        No. I’m writing plausible history, not alternative history.

Have you ever totally hated or fallen in love with one of your characters?
-        I was a little in love with Eadlin in Saxon’s Bane, and it’s happening again with a sharp, kick-ass girl in a world of armoured brawn.

What drink would you recommend drinking whilst reading your latest book?
-        The climax happens beside the Rhône during the era of the Avignon Popes, so it has to be a Châteauneuf du Pape.

Last but not least... favourite author?
-        Joanne Harris, who broke through the cross-genre barrier with ‘Chocolat’, and Bernard Cornwell for great HF adventures.

A little about Geoff's views on writing: 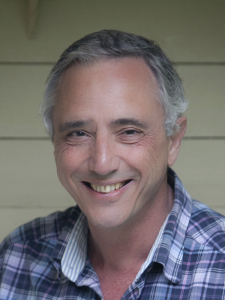 I try to avoid a genre straight-jacket; life, after all, does not fit into a genre box. Still, publishers need to put a label on books, and the label I am least uncomfortable with is ‘cross-over fiction’. It’s liberating rather than constraining. It acknowledges a boundary, then kicks it away.

There are unifying themes to my writing. Plots are set in the present day, but with their roots in the past. There may be an otherworldly element; a smell of sulphur among the roses. And they are written from the perspectives of both male and female characters. So if a tag is important to you, take your pick from fantasy, historical, and thriller. There’s even a touch of romance. In my own words, I weave worlds that blend people and place, place and history, past and present.

….and that leave the reader with the scent of an otherness.

The author has offered a paperback copy as a giveaway to a winner in the UK or an ebook to anywhere else in the world. To be in with the chance of winning a copy of this fabulous novel, simply leave a comment below or on the blog itself. The winner will be drawn on 4th April 2018.
Good luck!


Against a background of political intrigue and Tudor violence, love is not easy to find or sustain. The Queen Dowager of Scotland repudiates it and for Matho and Meg the struggle is made more difficult by an outbreak of war between England and Scotland. Disaster looms for them all..... 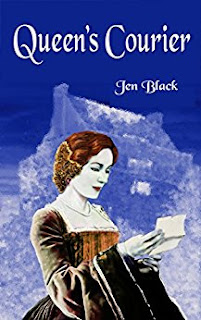 The messenger nodded. “All the lords who swore loyalty at Grenesyde in January were present, my lady, except my lord of Lennox. But they couldna agree wi’ one another. If my Lord Arran suggested something, my Lord Angus found fault wi’ it, and if he didn’t, then my Lord Bothwell piped up an argument. The Cardinal strode out in a temper. Lords shouted across the table. The Clerk Register said he’d never seen anything like it, and neither Ballenden nor Lauder could restore order.”

There it is in a nutshell: 16th Century Scotland—a country fatally torn between conflicting interests. This novel brings us into that difficult time when there was no king on the throne and no one strong enough to keep chaos at bay. On the one hand, the French Queen Marie de Guise is desperately trying to protect the baby princess Mary; on the other hand, the regent James Hamilton, Earl of Arran is feuding with the Earl of Angus and everyone else, as far as I can tell. There seems to be little cohesion in the country and lots of questionable loyalties while Henry VIII of England strives to bring ambitious nobles into his sphere. While all this is going on, our protagonist, Matho Spirston—courier, sometimes spy and general helpful servant—keeps finding himself in the wrong place at the wrong time. At the beginning he is obliged to accompany (and protect) the spirited Meg Douglas partway south as she journeys to the English court; he gets caught up in her lustful advances, even though his heart belongs elsewhere. But Meg’s heart really belongs to the unscrupulous Mathew Stewart, Earl of Lennox, whose introduction in the novel was not flattering. I wondered whether they deserved each other, and was this a real love match?

I came to this book with only a working knowledge of Scottish history, so I had a lot of catching up to do. Henry VIII, by this time close to the end of his life, wants to bring his niece Meg to the English court and use her as a lure to bring the young Earl of Lennox under his control. She is most willing, but is never sure whether she can trust the king’s word. Meanwhile, the English are on their way to invade Scotland in an attempt to weaken their Auld Alliance with France; Edinburgh is destined to bear the brunt of Henry’s brutal policy. Author Jen Black guides us through a very complicated scenario with smooth prose and a story that moves along nicely. The characters were drawn convincingly and I came to care what happened to our hero Matho Spirston. He tried so hard to keep his promises, yet was buffeted about by events beyond his control. That makes for a good protagonist!

Jen lives in the lovely Tyne valley between Hexham and Newcastle in north east England, a stone’s throw from the Roman Wall and with a castle that dates from the 1100’s round the corner. Writing and photography are her main interests and walking her Dalmatian Tim twice a day keeps her fit. She has a degree in English Language & Literature and managed academic libraries for a living. Her father’s family have been traced back to the 1700’s on the Welsh and English border—a place she has never been, but her maternal grandfather worked in Skye, so if ever there’s time, perhaps there’s more to learn on that score.

Born and raised in St. Louis MO, Mercedes Rochelle graduated with a BA in Literature from University of Missouri. She learned about living history as a re-enactor and has been enamored with historical fiction ever since. A move to New York to do research and two careers ensued, but writing fiction remains her primary vocation. Her first four books are historical novels about 11th century Britain and events surrounding the Norman Conquest. Mercedes now lives in Sergeantsville, NJ with her husband in a log home they had built themselves.