A Different View: JANE THE QUENE by Janet Wertman ~ A review by Linda Root

The author has very kindly offered a reader's choice giveaway with this book; the winner gets to choose between an e-book copy or a paperback. Simply leave a comment on this post, or on our Facebook Page, to be in with a chance of winning. Good luck!
The winner will be drawn on Thursday 29th June 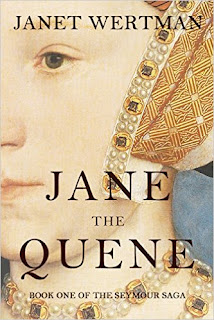 From early childhood, I was committed to Elizabeth, Queen of England, not the current one, but the one who brought England it's Golden Age.  To know Elizabeth as, in my youth, I endeavored to do, required me to take a brief look at each of her serial step-mothers.  My adolescent view of research went little farther than the cinematic version Young Bess, which, as I recall, begins with Thomas Seymour crashing into teenage Elizabeth Tudor's bedchamber to announce Katherine Howard's ascension to the throne. Even Young Bess left Tom's sister Jane on the cutting room floor, along with Anne of Cleves.  As I passed into young adulthood, my obsession grew, but by then I was capable of scholarly research, and it was in that phase that I met Quene Jane. I was a feminist before there was such a thing, a mental transvestite, so to speak, the result of having grown up in a neighborhood of Roman Catholics who through prayers and incantations gave birth to only boys. The historical Jane Seymour was far too insipid for my taste.  Even Joely Richardson's portrayal of her in the Tudors did not elevate Henry Tudor's third wife to the list of someone I might have liked had I known her.  And then, comes Janet Wertman to the rescue in her captivating novel, Jane the Quene, and I took a second look.

Janet Wertman's Jane enters the Tudor drama in 1525 as an eighteen-year-old girl making her first appearance at the court of Catherine of Aragon.  The Queen extends a gracious welcome, but soon places Jane's indoctrination in the care of two others of the queen's maids-of-honor, Jane's distant cousins Mary and Anne Boleyn.  The Boleyn Girls are obviously less than impressed to assume the burden of her care. On her part, Jane finds them frivolous, intimidating, and of uncertain virtue. During Jane's girlhood, her parents often measured her against the Boleyn girls and consistently found her wanting. Even her own brothers expected her arrival at court to be overlooked by the eligible men. Left to her own faltering devices, she would not have chosen her extroverted cousins as her mentors, but she was determined to make the best of things.The alternative was the much-dreaded spinsterhood her parents had predicted.

In the nine years from the end of the prologue to the commencement of Chapter One, Jane has fulfilled her family's expectations and become a lackluster presence at a court no longer graced by Catherine of Aragon. Jane's flamboyant cousin, Anne Boleyn, has become Henry's consort. For her part, Jane failed to attract a suitable husband, and her devotion to the displaced and ailing Catherine of Aragon has hardly endeared her to King Henry's unpopular new queen. The affections of the king for his much-pursued ladylove Anne Boleyn have cooled.  Like the wife she had displaced, Anne, too, failed to deliver the anticipated son. Although Henry and Anne maintain appearances in public, King Henry's eyes were wandering, and his queen was growing shrewish.

The family threatens to remove Jane from the court and replace her with her much younger sister Dorothy, whom they considered a more promising player in the game of sexual politics commonly played at the English court. When her brother Edward announced the decision as if it were a fait accompli, Jane startles everyone present by refusing to go willingly into obscurity.  Sweet-natured, shy Jane Seymour has learned to say no to her brother Edward. However, situations arise prompting Jane to negotiate a compromise. When the Royals announce plans to include the Seymour home at Wolf Hall in their summer progress, Jane's home in the county suddenly becomes her residence of choice. Her mother lacks the talent and stamina to play hostess to a royal hunting party. Jane is suited to the task. Armed with something she can barter, she returns to the country home in exchange for her brother Edward's promise to find her a proper suitor when she returns to court in September. 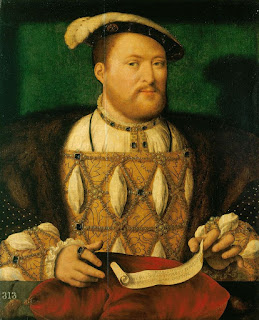 From the time of his arrival at Wolf Hall for a five-day hunt, the king is a different Henry.  He is captured by the pastoral setting and the manners of the young woman who oversees it. While theirs is not a love story for the ages in the classic sense, it is indeed history with a romantic flair.  Wertman's Henry Tudor is likable, and Jane Seymour is not the insipid creature of her brothers' construct.  Try as I might, I cannot dispose of Wertman's Jane as unlikely. The author paints her as a very different woman from Anne Boleyn, but not a mouse. While she is not the flirtatious but unyielding Anne Boleyn or the devoutly religious and adoring wife, Queen Catherine, she is not a pawn.  When her brother Edward and his friend Sir Nicholas Carey trained her as Anne's replacement, she was an apt and eager pupil.

The prospective Quene Jane, who emerges in Part Two: Schemer, is not a courtesan. She has no aspiration to play the part of a Mary Boleyn. It did not take Jane to dispose of Anne Boleyn. That honor goes to Cromwell and the English people. But Jane is not the innocent, although she assumes the role.At one point, she reflects upon her part in Anne's demise. At first, her objective was to unseat the queen the way Anne had unseated Catherine. But what was planned for Anne Boleyn was not banishment to a continental nunnery. For  Anne  Boleyn, there is a talk of a burning or beheading. I prayed for this, but not like this, Jane lamented. She had anticipated a more humane end for her cousin and suffers bouts of guilt. But by the time Anne climbs the scaffold, Jane has learned to rationalize.

Other members of the Seymour family grace the pages of the book. Edward is a perfect image of the historical Hertford , who so ruthlessly pursued the Scots.  Thomas is the likable opportunist who lost his head to an axe man for the crime of overreaching. Wertman's portrayal of  Edward 's wife Anne Stanhope is almost empathetic, a refreshing change from the way she is usually hammered by historical novelists, myself included. Wertman's Cromwell is versatile and compelling. Her judicious selection of a limited number of minor characters avoids over-populating the story.  Some verbal exchanges have a forgivable but apparent contemporary flavor, but the settings and time frame are well researched. The result is a well-paced page turner likely to appeal to a divers readership, including young adults. Janet Wertman meets the challenge of writing a story with a pre-determined end, yet maintaining a hold on her audience until the last page is turned.

I am also saving space on my bookshelf for the remaining books in the Seymour trilogy.
Linda Root 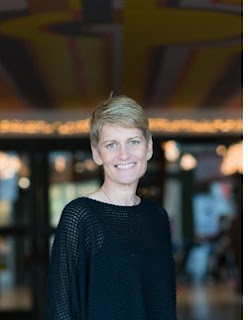 By day,  Janet Wertman is a freelance grant writer for great non-profits. By night, she writes historical fiction.  She has harbored a passion for the Tudor era since she was eight years old and her parents let her stay up late to watch The Six Wives of Henry VIII, and Elizabeth R. Janet lives in Pacific Palisades, California with one husband, two dogs, and three children. Jane the Quene can be found on Amazon. Her website can be found here.
Janet has generously offered those who leave a comment below or on the Facebook page a chance to win either an ebook of a paperback of Jane the Quene, winner's choice.


Linda Root is the author of six novels set in Mary Stuart's Scotland and early in the reign of James I of England, as well as a Scottish Fantasy, the Green Woman, written under the pseudonym J.D.Root. Root is a former prosecutor who lives in the hi desert near Joshua Tree National Park. Her books are available from Amazon.