Jen Black reviews The Gryphon at Bay by Louise Turner

Today author Jen Black reviews The Gryphon at Bay by Louise Turner. The author has very kindly offered ebook as a giveaway. If you would like to be in with the chance of winning your very own copies of these wonderful books, simply leave a comment below or on our Facebook page. The draw will be made on 2 May 2018. 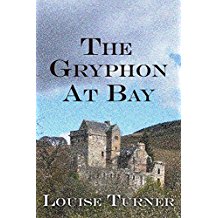 It is a year after the old king's death, and his son now sits upon the throne. Hugh, 2nd Lord Montgomerie has achieved great things in this short time. He's been granted a place on the Privy Council, and given authority in the King's name throughout Lennox and the Westland.

Success is a double-edged sword. The old king's murder has left its scars and there's rebellion in the Westland. Now Montgomerie must choose between his king and loyalty to his kinsmen, the Darnley Stewarts, treading a dangerous path between pragmatism and treason.

Closer to home, he is challenged by his old rivals the Cunninghames. The feud between the two warring families intensifies, with tragic consequences. And the time comes for three women, drawn together by their hatred of Montgomerie, to plot revenge.

As Montgomerie sees the world turn against him, just one ally remains: John Sempill of Ellestoun.

But Ellestoun may have his own agenda. Will he stand by his so-called friend, or seek retribution for past injustices...


Summer, 1489 and Hugh, 2nd Lord Montgomerie, must choose between King James IV of Scotland and loyalty to his kinsmen while the feud with a local family intensifies and brings tragic consequences.
This is a book for the reader who enjoys settling down for a long read of nearly 600 pages or so; one who is prepared for a gentle amble around various families in the area south west of Glasgow. Without basic knowledge of the area’s history and the characters, however, some readers may struggle.
The writing is graceful, and the author’s detailed knowledge of social customs and habits of the time are wound into the story in a natural way. Characters are fully rounded by the end of the book. Descriptions are pleasing, be they of a person, a pony or a place. The pace of the story is leisurely; indeed, I read 20% before I reached what I considered to be the inciting incident – and it was powerful indeed.
The only thing that irritated me slightly but in no way stopped me reading was the author’s preference for short scenes, each with a differing set of characters, that occur all through the book. Other readers may find this an advantage ~ tastes differ! 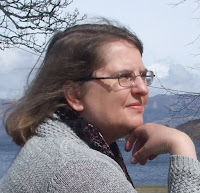 Louise Turner was born in Glasgow, Louise Turner spent her early years in Scotland where she attended Greenock Academy and later, the University of Glasgow. After graduating with MA (Hons) in Archaeology, she went to complete a Ph.D. in the Bronze Age metalwork hoards of Essex and Kent. She has since enjoyed a varied career in archaeology and cultural resource management. Writing has always been a major aspect of her life and at a young age she won the Glasgow Herald/Albacon New Writing in SF competition with her short story Busman’s Holiday.  Her second novel, The Gryphon at Bay, which follows on from the events described in her first novel Fire & Sword, is set in late 15th century Scotland and was published by Hadley Rille Books in March 2017.


Jen Black lives in the lovely Tyne valley between Hexham and Newcastle in north east England, a stone’s throw from the Roman Wall and with a castle that dates from the 1100’s round the corner. Writing and photography are her main interests and walking her Dalmatian Tim twice a day keeps her fit. She has a degree in English Language & Literature and managed academic libraries for a living. Her father’s family have been traced back to the 1700’s on the Welsh and English border—a place she has never been, but her maternal grandfather worked in Skye, so if ever there’s time, perhaps there’s more to learn on that score.
Website; Facebook page; Twitter