Hi Sharon, we have known each other for ages but have never really talked about your work. I was delighted that Amberley asked you to write this book about Mediaeval Heroines. After following your blog, History - the Interesting Bits, I know they could not have chosen a better person to champion the lesser known women of this time. 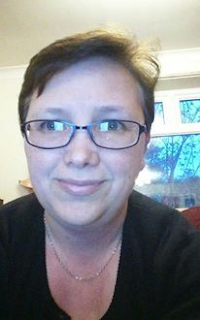 If your latest book Heroines of the Medieval World was adapted into a TV show or a film, who would you like to play the lead role?


I guess it would be a documentary, so maybe Judy Dench presenting my Medieval Heroines? Or Helen Mirren. Dr Janina Ramirez would be fabulous – she’s so enthusiastic. And it would be nice to do something with Amy Licence - maybe she and I could co-present (I can dream). Although, having said that, Amy has a much better voice for television than me – I’ll probably just stand in the background trying to look intelligent.


If, as a one off, (and you could guarantee publication!)  you could write anything you wanted, is there another genre you would love to work with and do you already have a budding plot line in mind?


I would love to write a novel; I do have one in mind. Set in the 5/6th century, based on Ambrosius Aurelianus as King Arthur and set in my ‘home’ castle at Conisbrough. But we’ll have to see how I go. Maybe once ‘Heroines’ is published….


I can’t stand writing in total silence. I have to have the radio on – or something. If its music, it will be Bryan Adams or the Eagles. If it’s Radio then it tends to be Radio 2, but there has to be something in the background (even if it’s my son’s Xbox)


What is the worse book you have ever read? What made it unreadable for you?


I wouldn’t like to say - don’t want to upset anyone. I used to insist on reading books to the end – even ones I didn’t find enjoyable. But these days I’ve decided there are too many books and so little time, so now if a book doesn’t keep me interested I stop reading. The last one was a story about Lancelot which had too many Arthurian inaccuracies for me to find it believable and the plot was too linear, you always knew what was going to happen next.


Owning and managing a castle – not just being a tour guide, but organising hands-on events, and ‘living in the medieval era’ weekends (although I think I would still want electricity, hot water and a working shower). I’ve got a feeling my son would love giving the guided tours too – he would certainly love living in a castle (as long as it has a resident dragon). My husband would probably be happy with it, but only if there is fibre broadband.


I like the simple fonts like calibri, but it would be interesting to read a book in an old-fashioned, italic font, just once in a while, wouldn’t it?


A confession from whoever killed – or ordered the deaths of – the Princes in the Tower. And an explanation of how it was done. Even if it turned out to be Richard III – it would stop most of the arguments on Facebook in an instant…. Or would it?  (No. They would still argue and (ahem) he would get bail!!)


Are you prepared to go away from the known facts for the sake of the story and if so how do you get around this?
I can’t do this with non-fiction, but I do have problems where we don’t know the actual facts, or a source was writing with an agenda, and I have to present all the theories and then choose the one that I think most likely and explain why.


Because I’m writing a non-fiction book you would expect not, wouldn’t you? But there are instances when you find that the facts are, in fact, different to the accepted ones; that a historical person’s character has been changed or exaggerated by the chroniclers. I think this happens a lot with women, especially when the chroniclers tended to be men – and monks at that! Many didn’t like women and blamed them for the ills of the world.


Have you ever totally hated or fallen in love with one of your characters?


I find some of my Heroines more sympathetic than others, but I am trying to keep an open mind about all of them. I think they all deserve their stories telling in a sensitive light. The 2 that stick in my mind are Katherine Swynford and Alice Perrers; they were contemporaries and yet Katherine’s story is seen as true love and Alice is vilified as self-seeking and money-grabbing.

What do you enjoy reading for pleasure?


Ooh, I don’t know. I think you’ll probably need to keep a clear head while reading it, so a nice cappuccino and a slice of cake would probably be the ideal refreshement.


Bernard Cornwell for fiction, I’ve been a fan of his books since I was 12 and love the fact he releases one every year, just in time for my birthday. The hubby ALWAYS knows what present to get.


I like Amy Licence for non-fiction – she writes in such an accessible way, almost as if she’s sat talking to you in your living room.


Bio: Sharon has been fascinated by history for over 30 years. She has studied history as part of her Class 2:1 BA (Hons) Combined Degree and has also worked as a tour guide at historical sites.


She has been writing a blog entitled ‘History… the Interesting Bits’ for almost two years and is currently writing a book entitled ‘Heroines of the Medieval World’ which is due for release in 2017, concentrating on the lesser known – but no less significant women and their contributions to medieval history.