The author has very kindly offered a copy for a giveaway which will be drawn on
Monday the 26th October. See below for details 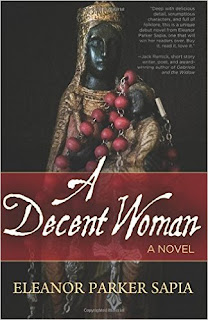 In 1898, the former Spanish Colony of Puerto Rico became American, this as part of the treaty ending the Spanish American War. The population of Puerto Rico may have had their own concerns about this sudden transfer of their citizenship, but such concerns were swept away in 1899, when the little island suffered one of the worst hurricanes in history, leaving behind a traumatized population and an infrastructure in tatters. 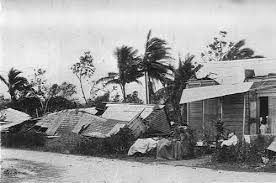 None of the above really play a part in A Decent Woman – except as background. The recent hurricane is the reason why young Serafina is so terrified when yet another storm hits the island just as she’s giving birth. The new American regime, bringing with it modernities such as electricity and educated doctors, threatens the existence of Doña Ana, until recently a much respected midwife. And as Doña Ana has a tendency to hedge her bets by praying not only to the Virgin and the saints, but also to an assortment of African deities, she is also under close scrutiny by the Church. Not a good place to be in, putting it mildly.

I enjoy reading books set in unusual places. In this case, Ms Parker Sapia presents us with the humid, tropical setting of Playa de Ponce, a small town just on the outskirts of Ponce – and of Ponce itself, already sliding into genteel oblivion now that the Americans have made San Juan the capital. It rains, it is unbearably hot, it rains some more, storms pass by at regular intervals, causing flooding and damage to the sad collection of sheds that house most of Playa’s inhabitants. Puerto Rico at the time is also a pot-luck of beliefs. People may flock to church on Sunday, but only a fool would ignore those other gods, such as Oyé, Changú and Yemayá. Here and there, rags in various colours decorate the doors, a silent offering to whatever God the colour belongs to. In a world where man is so exposed to the elements, it makes sense to keep all potential deities happy – just in case. The Holy Virgin figures prominently – in a book dedicated to the world of women, it is apt that she does. 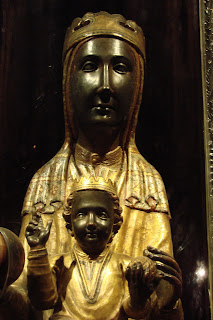 A Decent Woman is the story of Serafina and Ana – mostly of Ana – who meet when Ana delivers Serafina’s first child during a storm. Ana is old enough to be Serafina’s mother, Serafina has no mother, Ana has no daughter, and in each other they find something of what they’re lacking. Serafina is a Puertoriqueña but Ana is from Cuba, and her past casts long shadows. Ana was born a slave, lived her first few decades as a slave,  and was forced to flee Cuba head over heels. Why is not revealed – not initially – and as the story progresses Ana has other battles to fight, primarily that with an intolerant priest and a humiliated doctor.

Where Ana is wary of others and generally disillusioned with life – she has lost too many people to risk developing new relationships – Serafina is a child-woman of sixteen, several years younger than her husband. A whirlwind romance ended in marriage, and before she knew it, Serafina was pregnant – one of the good, decent women in this world, those that see their role as wife and mother. But it isn’t easy, coping with a new baby when you’re not much older than a child yourself, and Ana sees no option but to help. Opposites attracts, one could say, with Ana acting the mainstay to Serafina’s initially so exuberant and hopeful take on life.
Spanning the first few decades of the 20th century, this is a story about women – from the pampered wives of high society to the syphilis-infected whores. In a time where women had no rights, a single woman was viewed with suspicion, the assumption being that the only way such a woman could survive was on her back. Doña Ana experiences first-hand just how vulnerable a single woman can be – even more so if she is black, lacks a formal education and can't read. Although Serafina is a married woman, she is not much better off. A wife is at the mercy of her husband’s whims, whether they be to drink too much and abuse her, or keep a stable of mistresses on the side. Sometimes, however, the downtrodden fight back – sometimes, they have to, to survive. 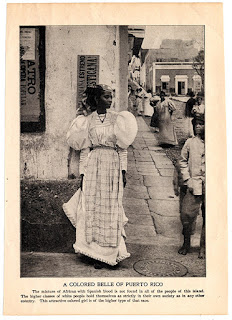 Life for Serafina and Ana takes a number of surprising turns. At times for the good, just as often for the bad, but neither Ana nor Serafina have the luxury to give up. They do, however, have each other, despite the differences in age and status. In a setting heaving with tropical heat, with hurricanes and earthquakes, with corrupt policemen and abusive pimps, unfortunate demise and premeditated murder, such a friendship can be the difference between life and death. 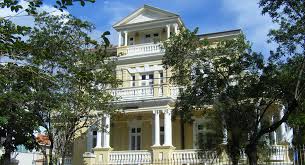 Ms Parker Sapia does a great job of depicting early 20th century Puerto Rico – all the way from the opulence of the mansions of the rich to the various natural catastrophes that regularly sweep across this little island. Both Ana and Serafina are well-developed characters, women it is easy to care for.
I do believe the novel would have benefited from a thorough edit – specifically as concerns the time line. There are various occasions when I am jolted out of the story by strange time leaps, such as where one chapter is dated 1915, the next 1917 – but it starts off the morning after the events in the preceding chapter. As a reader, I spend considerable time sorting out these timing issues… Likewise, in some cases the leaps are too long: one moment Serafina is living in marital bliss, the next chapter her husband has a mistress set up in a separate home, behavior which is difficult to reconcile with the amorous and tender husband of just some pages back.
All in all, A Decent Woman offers interesting insight in the life and fate of women – not that long ago. I loved the setting, the various descriptions of customs and rites, and having been fortunate enough to experience first-hand the rich Latino culture of Hispanic America, I was delighted to find myself yet again submerged in festivities and traditions that still, to this day, contribute to the fabric of everyday life. 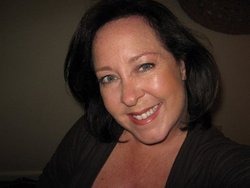 Historical novelist, Eleanor Parker Sapia was born in Puerto Rico and raised as an Army brat in the United States, Puerto Rico, and several European cities. As a child, she could be found drawing, writing short stories, and reading Nancy Drew books sitting on a tree branch. Eleanor’s life experiences as a painter, counselor, alternative health practitioner, a Spanish language social worker, and a refugee case worker, continue to inspire her writing. Eleanor loves introducing readers to strong, courageous Caribbean and Latin American women who lead humble yet extraordinary lives in extraordinary times. Her debut historical novel, A Decent Woman, set in turn of the century Puerto Rico, has garnered praise and international acclaim. She is a proud member of PENAmerica and the Historical Novel Society. A Decent Woman is July 2015 Book of the Month for Las Comadres and Friends National Latino Book Club.
Eleanor is currently writing her second historical novel titled, The Island of Goats, set in Puerto Rico, Spain, and Southern France. When Eleanor is not writing, she loves facilitating creativity groups, and tells herself she is making plans to walk El Camino de Santiago a second time. Eleanor has two loving grown children, and currently lives in wild and wonderful West Virginia

Find our more about Ms Parker Sapia on her Blog!
A Decent Woman is available on Amazon.uk
And Amazon.com