If there is one thing I have learnt about writing historical fiction it is this: a new work of historical fiction necessitates a new journey of research. This is even more the case with my current work in progress, which tells the story of a woman born at the end of the 18th century – a fairly unfamiliar period for me as a writer. The research is ongoing, and will keep going until such time I feel I know enough about my historical character, and more certain of my world building.
Despite having researched the Tudor period for many, many years, writing my young adult Tudor novel The Light in the Labyrinth also meant doing immense research, as well as important decisions of plotting and crafting of story. For example, my first draft saw me worrying over bringing my Kate, a girl not yet fourteen, to court only in the company of her stepfather. Was that too risky a gamble with authenticity?

History tells us that Mary Boleyn greatly upset her family when she married William Stafford, a soldier who was not even a knight. The other Boleyns saw it as Mary indulging her own desires rather than marrying for status and the good of the family. Banished from court, Mary and her husband lived in Rochford with little support. Despite being impoverished, they also seemed happy (Hart 2009).  I asked myself: Would Mary Boleyn send her daughter to London from Rochford, escorted there by her husband, on an approximately two-day journey by horse, without an attendant? If the real Mary described herself as living a “poor honest life” (Hart 2009, p. 116), surely that also suggests she would not have servants to spare to attend her daughter at court? Surely my fictional Mary would rely on her royal sister to organise these servants for Kate when she took up her duties as one of Anne Boleyn’s attendants?

Needing more knowledge to construct a believable Tudor girl of fourteen in a work of fiction, I returned to research. Pre-teenager aristocratic girls usually lived at home being trained to be good wives and mothers by their own mothers, or by other women of their households (Harris 1992). Whatever education girls received was generally directed to what was believed to be suitable for women – with Bible study high up on the reading chart for noble girls, as well as books to help them grow into modest, virtuous and Godly women (Sim 1996).
Tudor children were expected to act adult at a very young age. Older girls were “put out to expand their social circles and secure the assistance of another well-connected family in arranging their marriage” (Harris 1992, p. 39).  That fact ignited my imaginings about Kate, who exchanges the care of her mother for the care of her royal aunt. This gave me another thread to add to my loom of storytelling: What if my fictional Anne Boleyn had a husband in mind for young Kate, now approaching the more acceptable age for marriage?
Whilst the legal age for girls to marry in Tudor times was twelve, people still understood that a too-early consummation of a marriage risked the life and health of a young mother. Margaret Beaufort spoke in great concern to her son, Henry VII, over the marriage of his daughter Margaret to the much older James IV of Scotland. Margaret’s grandmother begged for the marriage to be delayed, fearing “the King of Scots would not wait, but injure her and endanger her health” (Fraser 1992, pg. 30). Margaret’s fear came from her own experience. Likely stunted in growth due to this early pregnancy, her own body was considered impaired after she gave birth to Henry VII at only thirteen. She was never to have another child despite two more marriages after the death of Edmund Tudor. Varlow also adds to this discussion in `Sir Francis Knollys's Latin dictionary: new evidence for Katherine Carey’, writing “even landed heiresses marriage at thirteen did not usually involve co-habitation”(Varlow 2007, p. 21).  Still, I thought, my imagined Queen Anne may have thought it time to decide on a suitable match for her niece.

What else did I have to keep in mind during the construction of my fictional story? Tudor women were not brought up to see themselves as equal to men (Sim 1996). Henry VIII not only cut down two of his wives to shorter size, but also tightened the screws on the repression of women. During his reign, professions like brewers and in medicine, where once women competed against men, became “formalised, more professionalised” (Herman, et al. 1994, p. 159), and therefore increasingly shut off from women’s participation. At the end of their relationship, Henry VIII called Anne Boleyn a witch – another way of describing a woman who dares to speak out and be different.  However, we also find in Reading Early Modern Women:

Individuals could, depending on their social position, ethnicity and gender, practice certain self-fashioning techniques “for ends for which they were not originally attended”’ (Ostovich, H., E. Sauer, et al., 2004, p.12).

Education, I came to believe through my research, formal or informal, was the key. I used one example of a strong-minded, educated, self-fashioning Tudor woman in The Light in the Labyrinth. Katherine Willoughby was perhaps no more than sixteen in 1536, the time my novel is set. Katherine was married to Charles Brandon, the Duke of Suffolk, in 1533. Despite her young age, Brandon, a man in his late forties, bedded his bride and quickly sired on her two sons. In this period, Katherine became very influenced by the protestant reformer, Hugh Latimer (Read 1963). I wondered: Was there a deeper cause for Katherine to seek his solace than what appeared on the surface? Katherine grew up with her husband’s son, expecting to marry him. But when Mary Tudor, Henry VIII’s favourite sister and the boy’s mother, died, the father married Katherine instead. Months later, the son died, too; some said of a broken heart (Read 1963).  My fictional construction of Katherine was influenced by these facts, as well as remembering her words as an adult woman with children approaching the age for marriage. Katherine said then: “I cannot tell what more unkindness one of us might show another, or wherein we might work more wickedly, than to bring our children into so miserable estate not to choose, by their own likings, such as they must profess so strait a bond and so great a love to for ever” (Harris, English Aristocratic Women; p. 58).
Thus, along with Katherine Willoughby, I placed my fictional Catherine Carey in the circle of young women who lived close to Anne Boleyn during the months leading up to her execution. Margaret (another mistress of Henry VIII) and Mary Shelton, Lady Mary Howard, the wife of the king’s bastard son, the Duke of Richmond and Somerset, and the king’s niece, Margaret Douglas were all part of this circle. Indeed, the Devonshire Manuscript documents Margaret Douglas’s love affair with Lord Thomas Howard, younger son of Thomas Howard, 2nd Duke of Norfolk, and the outrage felt by this circle when the lovers were imprisoned (Herman et al. 1994).
I imagined that Anne’s own outspokenness encouraged this up and coming generation of girls to be also outspoken, cracking the expected mould for women in these times. Kate, as a fourteen-year-old, would have looked to them all as role models. My imagination painted my character Kate as an innocent girl, kept that way by a protective mother who remembered too well the experiences of her own teenage years when she was seemingly seduced by one king, and then used and abandoned by another. I wanted my fictional Kate to learn much from these older girls during her first months at court.
I considered all the narrative possibilities for my story. First, I had a group of women who empowered their lives through writing in the Devonshire Manuscript. I first learnt about this manuscript while researching about my protagonist, Sir Thomas Wyatt, for my novel, Dear Heart, How Like You This? Sir Thomas Wyatt authored many of The Devonshire Manuscript poems (Ostovich, H., E. Sauer, et al. 2004, p. 323).
Considering the manuscript with fresh eyes, and through the prism of feminism, what intrigued me was how close all its writers were to Anne Boleyn. They also wrote poetry. Poetry – poetry from the characters I wish to give voice to in this novel? Another jigsaw piece fell into place. In all my novels so far I have availed of period poetry to help colour my story. Now it offered me with very telling evidence about these young women – they supported one another through text - text often of dissent, that articulated and helped refashion their identities.
Even the fact they could indeed write told me much about them. Despite a society where illiteracy was widespread (Harris 1992), reading was not an uncommon skill shared by noble women of this period, but the ability to write was another matter, but “travail in writing” involved both aristocratic men and women (Harris 1992, p. 35).
What did my imagination paint about women in this period who wrote more than simply their names? Modern day scholars describe Mary Shelton’s handwriting as “scrawl” in the Devonshire Manuscript but, as Paul G. Remley rightly points out, Mary’s “scrawl” copies out Chaucer, Hoccleve and Wyatt (Herman, et al. 1994 p. 42). Clearly, knowing how to write allowed these women “voice” in this manuscript alongside male voices. Collectively coming together, they showed themselves as not the silent women expected in these times – but women who were not frightened, or refused to be frightened, to speak. Writing gave them access to a form of power otherwise denied to them. This research opened the door to the fictional women I constructed in The Light in the Labyrinth. It also gave me the beating heart of my story, which reclaims the lives of women from the margins of history. 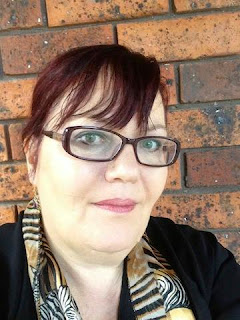 Wendy J. Dunn is an Australian writer who has been obsessed by Anne Boleyn and Tudor History since she was ten-years-old. She is the author of two Tudor novels: Dear Heart, How Like You This?, the winner of the 2003 Glyph Fiction Award and 2004 runner up in the Eric Hoffer Award for Commercial Fiction, and The Light in the Labyrinth, her first young adult novel.

While she continues to have a very close and spooky relationship with Sir Thomas Wyatt, the elder (Tom told the story of Anne Boleyn in Dear Heart, How Like You This?), serendipity of life now leaves her no longer wondering if she has been channeling Anne Boleyn and Sir Tom for years in her writing, but considering the possibility of ancestral memory. Her own family tree reveals the intriguing fact that her ancestors – possibly over three generations – had purchased land from both the Boleyn and Wyatt families to build up their own holdings. It seems very likely Wendy’s ancestors knew the Wyatts and Boleyns personally.

Born in Melbourne, Australia, Wendy is married and the mother of three sons and one daughter—named after a certain Tudor queen, surprisingly, not Anne.

After successfully completing her MA (Writing) at Swinburne University Wendy became a tutor for the same course. She gained her PhD (Human Society) in 2014.

Leave a comment and your contact details below to get your name in the hat for the draw!
If you prefer to use Facebook then click on the link below to leave a comment
The Review Blog Page
Posted by Unknown at Friday, July 24, 2015