Heroines of the Medieval World, by Sharon Bennett Connolly: a blog and review by guest blogger Karrie Stone. 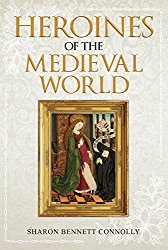 Today I welcome guest blogger Karrie Stone to The Review Blog. At The Review we have all been waiting anxiously for today, 15th September 2017, the day that sees the release of the Review's very own Sharon Bennett Connolly's book Heroines of the Medieval World, a master piece of short biographies of the long overlooked women who altered the course of history.

There is deep deep truth in the quote within Sharon Bennett Connolly's book where it says:

'Heroines come in many forms and it is no less true for medieval heroines'.

The difference then, as opposed to now, is the strict limitations put upon them by the male of the species, be it King, Father, Brother, Husband or a combination of those; the religious guidelines on how women were perceived and should behave was often laid down by Priests too.

Bearing in mind these were Monks and that their perception of womanhood in its 'purest form ' was somewhat askew when placed next to a living breathing intelligent woman, one cannot as a 21st century woman, begin to conceive or imagine the determination required to be seen and heard as a valuable human being not just a chattel .

It is true too, that when reading history, it is often written by the victor ...'To The Victor The Spoils' springs to mind , but for women it was also not really deemed necessary or that relevant to write about their achievements in detail even if a Queen. Certainly to write about their true personality, needs, mores, fears , etc was not relevant or so it seems to us now.

Regardless , women were for procreating, furthering the lineage, be it high or low, for making sure that the home was indeed their lords castle even if a farm or hovel and to be run smoothly.

However ,we do it seems, have more written information on the Nobility than we do on women further down the scale in class or status within that time....Or at least that's how it appears until one truly starts to delve as Sharon has.

When Sharon Bennett Connolly first begun her blog 'History - The Interesting Bits' I was immediately hooked by the women she wrote about , true there were the more famous or infamous ones such as the indomitable Eleanor of Aquitaine who introduced so much into the culture and running of not just her homeland but also Britain. She was a force of nature in a man's world .

But Sharon's quest has been to unearth with painstaking research the lesser known women. Lesser known but no less important to history. For history helps shape the world.

Maude de Braose who spoke out against the ubiquitous King John, I was slightly more aware of , but with Maude, Sharon has filled in the blanks effortlessly.

This book's Chapters are beautifully set out to lead us through the variations of the perception of a Medieval Heroine.

We have the Religious, the Scandalous, The Mistress, Disinherited, Pawns, Captive, Warriors, Rulers, Literary and one of my personal favourites, The Survivors.

One such for me is Anne of Stafford, granddaughter of Edward lll and Phillippa of Hainault, daughter to their son, Thomas of Woodstock . She had the most incredible twists and turns in her life which was seemingly a sort of footnote to history. She was married at age eight or nine to Thomas Earl of Stafford who was fifteen years her senior, then, after his death,  married to his younger brother Edmund at age nineteen.

Her father Thomas was arrested personally by the King Richard ll, only to die in captivity not long after. Possibly smothered. Thus began further losses of the family fortune, then the death of her mother Eleanor de Bohun and her unmarried sister Joan. Anne's only surviving sister Isabel took the veil and ultimately therefore Anne became the greatest heiress of the Kingdom at that time.

I could go on but this is Sharon's book and there is no doubt in my mind that once you pick this up you won't be able to stop reading about these women until the last chapter. Truth is definitely stranger and more fascinating than fiction within these lives.

Sharon has a wonderful way of writing, it appears effortless, easy and utterly fascinating.

I've been a staunch fan of history for all my life but Sharon has, in my humble opinion, truly reached the core of what really was the backbone and making , even in the seemingly quiet lives of these many ladies, of Medieval Times.

It is a book well overdue. Her research is thorough and painstaking. She took time to truly explore where these women lived where possible and the photographs are a beautiful adornment to this book.

Thank you Sharon I've learnt a lot about women I knew nothing of, gained so much insight.

So as they say dear reader, it's your turn to pick up this book, settle in and read on.

If you wish to read the Diana talks interview with Sharon, you can find it here
Diana talks to Sharon Bennett Connolly 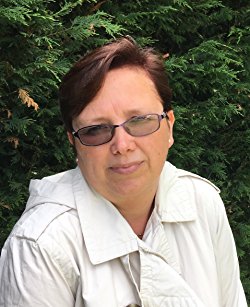 Sharon Bennett Connolly, has been fascinated by history for over 30 years now. She has studied history academically and just for fun – and even worked as a tour guide at historical sites, including Conisbrough Castle.

Born in Yorkshire, she studied at University in Northampton before working in Customer Service roles at Disneyland in Paris and Eurostar in London.

She is now having great fun, passing on her love of the past to her son, hunting dragons through Medieval castles or exploring the hidden alcoves of Tudor Manor Houses.

For Christmas 2014, her husband gave her a blog as a gift – History ... the Interesting Bits , allowing her to indulge in that love of history. Sharon started researching and writing about the lesser-known stories and people from European history, the stories that have always fascinated. Quite by accident, she started focusing on medieval women. And in 2016 she was given the opportunity to write her first non-fiction book, Heroines of the Medieval World, which was published by Amberley in September 2017. She is currently working on her second non-fiction book, Silk and the Sword: The Women of the Norman Conquest, which will be published by Amberley in late 2018 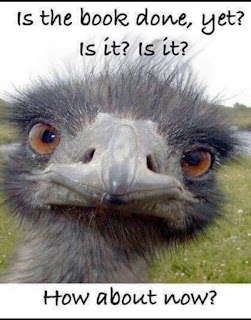