Richard Reviews: Burke and the Bedouin

Today we have a fabulous review from Richard's Reading Room, so
get yourself some coffee and cake and enjoy!

***Please not that the giveaway is no longer valid.*** 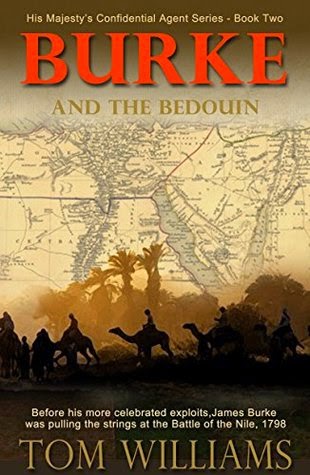 As Tom Williams explains in his author's notes, James Burke is a real figure from the Napoleonic Wars. This episode from his life, however, is fictional. I like this kind of exploration of possibilities, proposing some hidden reasons behind a historical event. In this case, the event is Nelson's Battle of the Nile, and the unanswered background questions are why the French fleet remained at anchor for so long in Abu Qir Bay, and how Nelson managed to find them there.


We follow Burke and his subordinate William Brown on a series of journeys in lower Egypt between Alexandria and Cairo, through the Nile Delta and the desert lands beside it. Burke's initial task is to spy out French intentions towards Egypt, but this simple mission is rapidly overtaken by the stark reality of an invasion. The military need then switches to the urgency of passing information back to Burke's superiors and the Royal Navy, at the same time seeking to delay and frustrate the French. The climax of the book is the naval battle in the bay, as witnessed from two quite different points of view. It also highlights another theme of the book: warfare is transitioning from the heroics of individuals to the dominance of organised firepower. 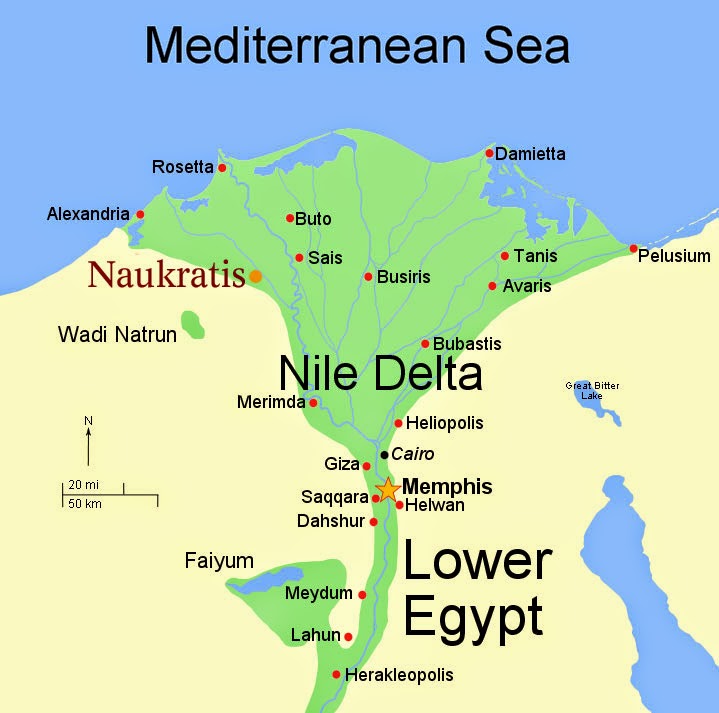 The vast majority of the book follows Burke himself, with a smaller section helping us appreciate Brown's travails on a detached mission. The story is told in a laconic style, broadly following the report that Burke might make to his superiors, but including rather more personal detail than they would care about. This style gives the impression of a personal diary, and also conveys something of Burke's personality. For example, we follow the personal struggles of an early 19th century soldier trying to overcome his sense of proper dress in order to blend in to the crowds.


“If the French are looking for a European, wouldn’t it make more sense for you to dress as an Arab?”

As a possible explanation for the French commander's actions before the battle, the tale works well. Burke's relationships with the Bedouin - and to a lesser extent other groups inhabiting Egypt at the time - are credible and sympathetically presented. Perhaps the most compelling part is the battle, in which our protagonists are simply bystanders. The confusion and sheer dogged effort of the crews concerned comes over vividly.


William felt he could hardly breathe for the smoke that filled the gun deck...Around him, gunners were peering out of the ports, while the rest of the crew squinted to see over the gunners' shoulders or gathered where the broken planks of the hull allowed a view of the world outside.


Burke and Brown are the only two characters who are explored to any real depth, but there is a good supporting cast of minor players of several cultures for them to interact with. The focus is definitely on achieving the military goals, rather than exploring the country or its inhabitants for their own sake. Love interest is provided by a Spanish beauty, Bernadita, rescued from a life of slavery and abuse in Cairo. She is, apparently, only too eager to leap into Burke's bed, but does also provide local information and advice at key moments. She is conveniently dumped in Gibraltar in the closing chapter to make her own way home to her family in Grenada.

This is an entertaining light read, set in a corner of the Napoleonic Wars which is often neglected.

For a chance to win a copy of Burke and the Bedouin leave a comment below OR on our Facebook page, located here. 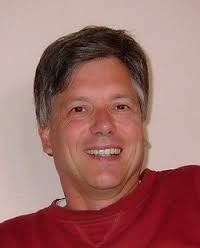 Tom Williams used to write books for business, covering everything from the gambling industry to new developments in printing technology. Now he writes about love and adventure in the 19th century, which is not nearly as well paid, but much more fun. It also allows him to pretend that travelling in the Far East and South America is research. Tom lives in London. His main interest is avoiding doing any honest work and this leaves him with time to ski, skate and dance tango, all of which he does quite well.

Richard Abbott is the author of In a Milk and Honeyed Land and Scenes From a Life. He can be found at his website or blog, on Google+, Goodreads, Facebook and Twitter.

Note: This post has been updated to include additional author links.