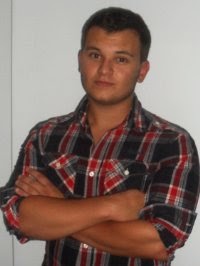 Welcome author T.J. Blake to Paula's People's Guest Spot. T.J., or Tom as he is also known is a young aspiring actor with great talent and he is here to tell us about his new release, The Author and about his journey into writing.

The Author is selling at a discounted price from the 7th-13th of April, so see details below where to find it. Now please give it up for T.J.Blake!

If you don’t know who I am (which you probably won’t) I’m T. J. Blake and I’m twenty years old. I study Creative Writing and English Language at Kingston University, and I am a self-published fiction writer. I like to write horror, suspense, mystery and psychological novels mostly. I have many book ideas that cover all sorts of genres, but at this moment in time I’m concentrating on writing the genres that I love to read and watch; horror, suspense and mystery.

Although my writing journey is premature having only released my debut novel Endurance a year ago and my second novel The Author in January 2014, I still have a beginning to my story, as we all do.
It all began a long time ago, back during my primary school days.
We were encouraged to write and when I tried it I really enjoyed it.
It was a surprise though because I struggled during the early years of education, receiving speech therapy and extra support for handwriting. But that didn’t stop me from writing stories. My handwriting improved and my spelling used to impress my parents, and my reading level was higher than the average for my age.
But in primary and secondary school I liked to write stories. I used to have a navy blue notepad in which I wrote two stories. One about kick arse girl Elizabeth, who fought against evil monsters. The other was about ants, who had to fight against other insects (something along those lines).
My hobby for writing did disappear midway through secondary school. I’m not sure why, maybe a bigger workload at school and I decided to sacrifice writing for video games and homework (idiot!).
I went from year six to the first year of college without writing creatively. It wasn’t until in the second year of college I had two creative writing tasks. One for English Language where I had to write a newspaper article about spoken language that football commentators used and the other was a screenplay in Film Studies.
I enjoyed both projects, everyone in English hated the article task but I liked it and got a very good mark I seem to remember. And for Film Studies I loved writing the screenplay. When I had written it, I wanted everyone to read it so I gave out copies to my family to read.
I liked the screenplay’s introductory scene. I decided to use it for the introduction to my debut novel Endurance. I created a book idea around the London underground scene and from there; I wrote my first book in 2012 releasing it March 2013.
That was it, from college I decided that for a career I want to be a writer.
I got the grades from a-levels and applied for Creative Writing courses at a number of universities, and here we are, back to present day.

When I write, I don’t really have a strict process that I follow. For my first book, my story came from the opening scene but for The Author, I extensively planned it. It was always on my mind at university, at work or even just watching TV. As I came up with ideas I would jot them down onto my iPhone notes.
Since writing my ideas onto iPhone notes for The Author, I have kept up this process. My notes are packed with plots and twists and characters. If I was to predict the number of potential books I have on there, I would predict around eight book ideas, including a detective book series.
My ambition is to become a successful writer. I would love a career as being an author, but I would also really like to work in the film industry, I would really love to be a screenplay and script writer.

My most recent release, The Author, is currently available on Amazon.co.uk for just 99p for Kindle/eBook.
If you like a dark, gory, psychological thriller then The Author could be for you.
It is about a depressed author called Ryan Milligan. His writing career was forced into a break after the trauma of losing his wife and kids five years ago. Even after the five years, he still doesn’t know where they are or if they’re alive; after waking up one morning to discover their empty beds.
He moved to a smaller house on a quiet cul-de-sac called Mulberry Lane in Surrey.
As Ryan gets friendly with some of the neighbours, others aren’t so welcoming. An abandoned shack at the end of the road is a home for a lonely, scruffy man. He doesn’t talk to anyone and seems to spy on Ryan.
Whilst Ryan attempts to write his new thriller Killing For Your Love, dark mysterious occurrences take place within his home and the surrounding area, as local blonde women are the target of murder.

The Author is a book within a book, as we follow the story of Ryan Milligan’s novel Killing For Your Love as well as Ryan’s new life on Mulberry Lane.
If you like the sound of my novel then please go to: 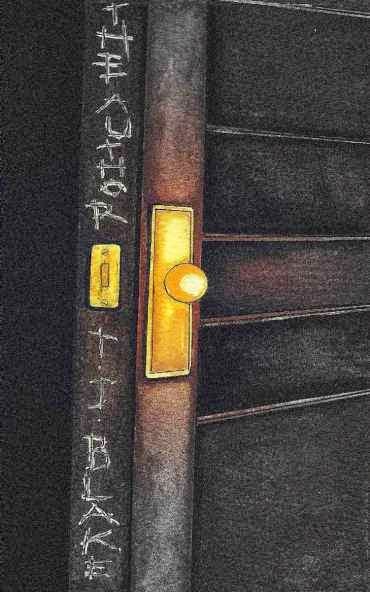 It is currently just 99p for Kindle and eBook. This deal expires on the 13th of April.
Here’s an excerpt of The Author for you; When Ryan Milligan enters his new home on Mulberry Lane for the first time…


" As I turn to enter, I hear a noise inside. I pause to listen again. Silence. I takethe key to the front door from my pocket and slowly insert it and unlock the door.I gently push the door, which creaks the more it opens.  Then I listen; no more sounds are heard. I step inside. The house is so cold… the
door under the stairs catches my attention. It’s standing ajar. It creaks and I stare as I walk slowly towards it. The handle is cool to the touch. I yank open the door...”

The End.
Thank you for spending your precious time reading this post, it means a lot. And thank you Paula for having me on The Review Blog, it’s been fun!

Email ThisBlogThis!Share to TwitterShare to FacebookShare to Pinterest
Labels: The Author, TJ Blake