An Actor's Guide to Romance, by Catherine Curzon and Eleanor Harkstead: a review by Diana Milne 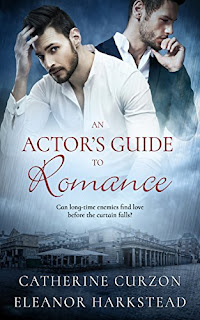 The authors are giving away an e-pub or PDF of this delightful novella to one lucky winner. To enter, please comment on the blog itself or below in the comments on The Review or Review Blog page. The winner will be selected next week.

The love that dare not speak its name ...


When long-time theatrical enemies are cast as lovers, their late-night rehearsal brings a whole new meaning to method acting.

For twenty years, Adam Fisher and Thomas Fox have been the best of enemies. From their first meeting at drama school to shared stages, shared bills and a competition to amass the most illustrious awards, they have been the names on every theatregoers’ lips. Separately they can sell out an entire run in an hour, so when they’re cast as lovers in London’s hottest new play, the tickets are gone in minutes.

But for rakish Adam and gentlemanly Thomas, the small matter of their first on-stage kiss is causing a headache for everyone. Over a bottle of wine on one rainy night in the city, these two acting legends will do whatever it takes to banish their first-night nerves. After all, as everyone knows, the show must go on!

A publication by Pride Publishing.


This novella, ''An Actor's Guide to Romance'' is by Catherine Curzon and Eleanor Harkstead, two great names in the book world, and takes romance writing to new levels of literary delight, each word carefully chosen for maximum impact to bring together a charming and delightful tale of two rival actors who have never realised that love and hate are two sides of the same coin.

The title suggests a love story and it does not disappoint! The story is written from the point of view of Thomas Fox, a careful man, who for the public and paparazzi has tried to minimise his homosexuality, unlike his rival, Adam Fisher, whose preferences and affairs are front page news in every tabloid. The premise and concepts of the book are well defined and the language is clear and convincing. Whilst no lengthy descriptions of people or places are given, I could picture everyone and everything, indeed every action, with utmost clarity. The longstanding feud between the two, eclipses even that of two other well known sparring partners, Joan Crawford and Bette Davis

Adam and Thomas (never Tom!) have known each other for twenty years and are both famous household names, but when working together on the latest production they reach a crisis point when being unable to master that all important on-stage kiss. The reader can feel the tension in them both and the barely concealed frustration of Gill, the long suffering director, as they try, but to no avail. The stiff, wooden performance and the verbal barbs each throws at the other ensures that the whole scene will be a disaster unless something dramatic takes place.

Meet them having a heated exchange...

"For Christ’s sake, gents, this scene again! Can you not just plough through and pretend you might actually be in love? You’re supposed to be actors, so act!”
“It was a joke, darling!” Adam was all innocence now, of course, because he would be, wouldn’t he? He put his hands on his hips and addressed Thomas. “You dragged me out of character, Tom Fox. It’s a cheap way to steal a scene.”
“I dragged you out of character?” Thomas felt his face flush as he tried to rein in his frustration. “You keep breaking out of character to comment on my breath! Which, I might add, does not smell of onions. And don’t bloody call me Tom Fox. I’m not a character in Wind in the bloody Willows.”
“Look,” Gill addressed them as though they were naughty schoolboys. “This isn’t a play about being gay. Stop making it the fulcrum of the drama. Your characters being gay is just part of the fabric of their lives, just like your lives. It’s not as though your whole lives are spent camping about and being as gay as gay can be, are they?”
She looked at Adam and narrowed her eyes.
“Yours is, I know that, but as a whole, gay is part of life, not life itself.” Gill held up her hand before Adam could protest. “You have one kiss in the text. It’s not the end of the world. Let’s call it a day and come back tomorrow, lips puckered, ready to kiss and move bloody on, yes?”
“Tell him.” Adam shrugged, already turning to retrieve his coat. “I’m a professional, he’s an onion-eater.”
Thomas clenched his fists. “It was a shallot, Fisher! It was not an onion!”

Adam and Thomas know each other so well that each knows the other's weak place and where to poke so it hurts, but after Adam flounces off for the night, Thomas realises that they need to try and get this scene to work, the whole of the play and their reputation as actors depends on it. He decides to go to Adam's home, and try and talk this through and work out a strategy. His worry is palpable when he is photographed looking wet,miserable and clutching a bottle of wine, imagining the picture appearing all over the internet on the morrow.

At Adam's home, the atmosphere is tense and awkward to begin with, each sniping at the other with the ease of long term lovers or husband and wife. They do, however, agree to practice that dreaded kiss, and then suddenly find that they are kissing for real. What happens next is for you to read and judge, but I will say that for me it was the most intense and beautiful love scene I have ever read, very tender, nothing objectionable or 'smutty', just pure beauty.

This is a true triumph of a story, told with warmth, humour and veracity, a lot of compassion and a true understanding of the human psyche.

I totally loved it. 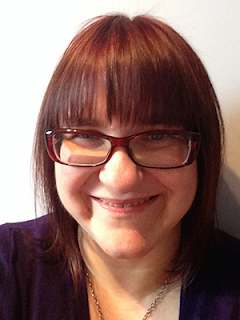 Her work has been featured on HistoryExtra.com, the official website of BBC History Magazine and in publications such as Explore History, All About History, History of Royals and Jane Austen’s Regency World. She has provided additional research for the sell-out show, An Evening with Jane Austen, at the V&A. Catherine has spoken at events and venues including the Hurlingham Club, the Bath Jane Austen Festival, Stamford Georgian Festival, Kenwood House, the Royal Pavilion in Brighton, Lichfield Guildhall, the National Maritime Museum at Greenwich and Dr Johnson’s House.

Catherine holds a Master’s degree in Film and when not dodging the furies of the guillotine, writes historical fiction. Her novels, The Crown Spire, The Star of Versailles, and The Mistress of Blackstairs, are available now.

She lives in Yorkshire atop a ludicrously steep hill with a rakish colonial gentleman, a boisterous hound and a tranquil feline.

Visit her online salon at www.madamegilflurt.com

Eleanor Harkstead likes to dash about in nineteenth-century costume, in bonnet or cravat as the 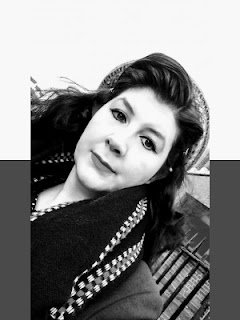 mood takes her. She can occasionally be found wandering old graveyards.

Originally from the south-east of England, Eleanor now lives somewhere in the Midlands with a large ginger cat who resembles a Viking.

Email ThisBlogThis!Share to TwitterShare to FacebookShare to Pinterest
Labels: An Actor's Guide to Romance, Catherine Curzon, Diana Milne, Eleanor Harkstead, Pride Publishing, The love that dare not speak its name