Sharon Reviews: To Be A Queen by Annie Whitehead

Today Sharon reviews To Be A Queen by Annie Whitehead. The author has kindly offered a paperback copy as a giveaway. To be in with the chance of winning this amazing book, simply leave a comment below, or on our Facebook page. The draw will be made on Wednesday 29th March. Good luck!!! 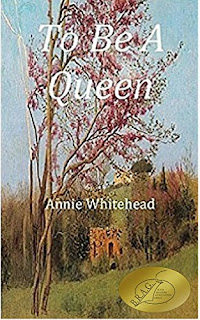 One family, two kingdoms, one common enemy ...
This is the true story of Aethelflaed, the ‘Lady of the Mercians’, daughter of Alfred the Great. She was the only female leader of an Anglo-Saxon kingdom.
Born into the royal house of Wessex at the height of the Viking wars, she is sent to her aunt in Mercia as a foster-child, only to return home when the Vikings overrun Mercia. In Wessex, she witnesses another Viking attack and this compounds her fear of the enemy.
She falls in love with a Mercian lord but is heartbroken to be given as bride to the ruler of Mercia to seal the alliance between the two Anglo-Saxon kingdoms.
She must learn to subjugate her feelings for her first love, overcome her indifference to her husband and win the hearts of the Mercians who despise her as a foreigner and twice make an attempt on her life.
When her husband falls ill and is incapacitated, she has to learn to rule and lead an army in his stead. Eventually she must fight to save her adopted Mercia from the Vikings and, ultimately, her own brother.

Written by Annie Whitehead, To Be A Queen, is the fascinating story of the most remarkable of Saxon women, Aethelflaed, Lady of the Mercians and daughter of Alfred the Great. The novel leads us through Aethelflaed's personal journey, from a sheltered childhood in the heart of Wessex to marriage, motherhood, and a remarkable partnership with her brother Edward, who succeeded their father as King of Wessex. Aethelflaed and Edward spearhead the fight against the Danes and the struggle to unite England under one ruler.

A thoroughly enjoyable book, To Be A Queen, draws the reader in from the very first sentence,  recounting the story of Aethelflaed's life while telling you the bigger story that is the making of England. Many readers may be familiar with Aethelflaed from the Bernard Cornwell The Last Kingdom series, but Annie Whitehead develops the Lady of Mercia to even greater depths, getting under the skin and into the heart of this amazing woman.
The story moves at an incredible pace, examining all aspects of Aethelflaed's personal and public life. Where this book shines is in the personal relationships that Aethelflaed develops through the years. In her teen years, she is sent to Mercia, to a loveless marriage and an older husband, Ethelred, a stranger who himself is  unsure how to treat this teenage girl, his wife. Aethelflaed is always close to her brother, Edward, from childhood playmate to fellow warrior and overlord.

He [Edward] raised his eyebrows. "Hate? Not I. I will not cower before him nor cringe when he rants, that is all. You are kinder to him than I, it is true, but I do not hate him. I have no time for things like that."

She nudged him. "Feelings, do you mean?"

"Waste of time. They are not real."

"Well, if it was not feelings that drove you to fish me from the water, I thank whatever it was."

"I am here to look after you while my father cannot. As one day I will look after Wessex as my father has not. You are my sister. What else is there to know about why I saved you from drowning?"

She was not persuaded and carried on as if he had not interrupted. "And whatever it was, it must be akin to the thing that drives you to giddiness every time that Gwen walks by."

"Ah, Gwen." he lay down on the grass and put his hands behind his head. "You have hit upon something there."

Teasel nudged him. "So you are not always thinking only of kingship. Not when your thoughts are on Gwen. But beware; Mother will not like it if she hears what you are about." 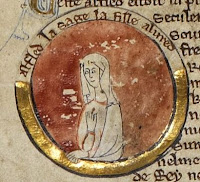 To Be A Queen has you hooked from the very beginning. Aethelflaed is a strong, sympathetic character, whose life and loves - and sense of adventure - make for some fascinating reading. She is all-too-human, struggling through misunderstandings, making mistakes and suffering insecurities; attributes which make her all the more endearing to the reader. She does, however, have an admirable inner strength, which drives her to carry on even under the direst circumstances.
The story stays true to the historical fact, filling in the details where the historical record is lacking. The incredible depth of research that has been done by the author shines through on every page, from the building of burhs, through the battles and to the advance of the Danes and alliances of the Saxons and Welsh. Such research helps to transport the reader back in time, to the sights, sounds and smells of Anglo-Saxon England. Mercia, Wessex and even Wales, are described in great detail, the difference in landscapes flashing by as we ride from Winchester, to London, to the mountains of Wales. 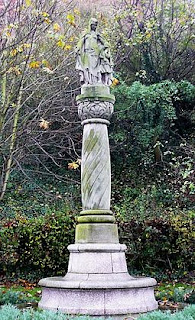 Annie Whitehead has managed to tell one of the greatest stories in English history, that of the making of England, from the point of view of one who was there, Aethelflaed was right in the middle of the decision-making and the action. To Be A Queen tells the story of how she grew from being a young, teenage bride, to a formidable and confident opponent of the Danes. It is a story that is gripping to the very end, it will have you in tears at one moment, while egging the Saxons on to victory at the next.
It is, quite simply, a book that is not to be missed. 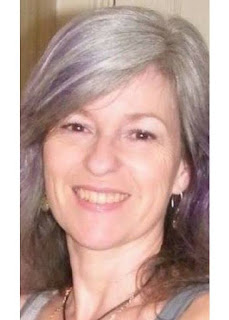 About the author: Annie Whitehead is a history graduate and prize-winning author. To Be A Queen was her first novel, and was long-listed for HNS Book of the Year 2016, awarded an IndieBRAG Medallion and a Chill Books’ Readers’ Award. Her second, Alvar the Kingmaker, is also a true story, and concentrates on a little-known period of history which begins with the king being caught in bed with his wife and her mother, and ends with the murder of another king, a crime attributed to his stepmother, the queen. Central to the story is Alvar, Earl of Mercia. Having helped King Edgar to secure the throne, amid great unrest he then fights to clear the queen’s name, bring the country back from the brink of civil war, and stabilise the monarchy for Edgar’s son, Aethelred the Unready. He does this at great personal cost, and he soon finds that his enemies will stop at little, and that not even his loved ones are safe… The book has an IndieBRAG Medallion, was awarded a Discovering Diamonds Award, and was chosen as Chill Books’ Book of the Month for Jan 2017. Annie was a contributor to the anthology of short stories, 1066 Turned Upside Down, in which nine authors re-imagine the events of 1066, and which has just been awarded HNS Editors’ choice and long-listed for Book of the Year 2017. She is a member of the Royal Historical Society, and is currently working on a contribution to a non-fiction book to be published by Pen & Sword Books in the summer of 2017. 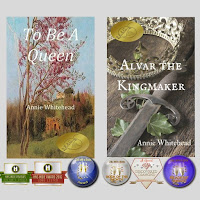 About the The Reviewer: Sharon Bennett Connolly has been fascinated by history for over 30 years. She has studied it at university and worked as a tour guide at several historic sites.
Sharon has been writing a blog entitled 'History...the Interesting Bits' for a little over 2 years and has just finished her first non-fiction work, 'Heroines of the Medieval World', which looks into the lives of some of the most fascinating women from medieval history and will be published by Amberley in September 2017. It is now available for pre-order from Amazon.

Email ThisBlogThis!Share to TwitterShare to FacebookShare to Pinterest
Labels: Aethelflaed, Anglo-Saxons, Annie Whitehead, Heroines of the Medieval World, King Alfred, King Edward, Lady of the Mercians, Mercia, To Be A Queen, Vikings, Wessex