The author has kindly donated a signed paperback to one lucky reader. To be in with a chance of winning, leave a message in the comments section below, or on our Facebook page. The winner will be drawn on 27th April 2016. Good luck! 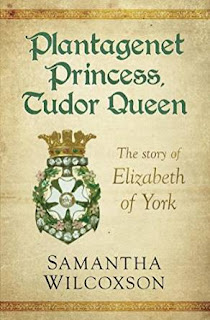 She was the mother of Henry VIII and wife of Henry VII, but who was Elizabeth of York? Raised as the precious eldest child of Edward IV, Elizabeth had every reason to expect a bright future until Edward died, and her life fell apart.
When Elizabeth's uncle became Richard III, she was forced to choose sides. Should she trust her father's brother and most loyal supporter or honor the betrothal that her mother has made for her to her family's enemy, Henry Tudor?
The choice was made for her on the field at Bosworth, and Elizabeth the Plantagenet princess became the first Tudor queen.
Did Elizabeth find happiness with Henry? And did she ever discover the truth about her missing brothers, who became better known as the Princes in the Tower?
Lose yourself in Elizabeth's world in Plantagenet Princess Tudor Queen.

Plantagenet Princess, Tudor Queen is a delightful novel portraying the life of England's first Tudor Queen, Elizabeth of York. Well written and researched, the author's passion for her subject shines through on every page, drawing you into every aspect of Elizabeth's life, from the men in her life, to her siblings and her children. Samantha Wilcoxson's novel immerses you in every aspect of Elizabeth's life; indeed it draws you into the Queen's own thoughts and feelings; into her inner turmoil surrounding the fate of her brothers, the Princes in the Tower, and her desperate desire for her eldest son, Arthur, to succeed his father as king. 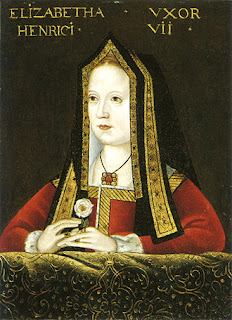 I have to admit that I was initially uncertain of the direction this book would take. I was worried that  it would be another of the formulaic 'Richard III good, Henry VII bad' novels that we see all-too-often these days? However, Samantha Wilcoxson goes far beyond the superficial portrayals we see of the rival kings, examining their personalities through the eyes of the queen who knew them both. With great skill, the author has portrayed not only Elizabeth the Queen, but also her thoughts, emotions and inner conflicts, giving us a complex woman who had to make compromises and judiciously pick her battles, in order to help not only her children, but also her Plantagenet family. The book is a wonderfully sympathetic portrayal of the first Tudor queen, showing a deep understanding of the events and emotions that shaped Elizabeth's life ... and the future of the Tudor court.


Plantagenet Princess, Tudor Queen immerses you in the world of the fledgling Tudor dynasty. Surrounded by wonderful palaces and the splendour of the royal court, we are taken on a journey through the life of a remarkable woman, a queen who bridged the gap between the Medieval World and the emerging Renaissance, between the Yorkists and the Lancastrians and became the matriarch of England's most famous ruling dynasty. Samantha Wilcoxson skilfully guides us around the Tudor palaces, the customs and etiquette of the day, in order to bring the world of 500 years ago to vivid life.


The author does not shy away from the controversies of the day and explores, not only the disappearance of the princes in the Tower, but also the effect this has on their sister and the rest of the family.  We are treated to Henry's insecurities and Elizabeth's doubts and anxieties over the Pretenders to the Tudor throne, both Lambert Simnel and Perkin Warbeck:

Almost as an afterthought, Elizabeth asked, "The boy, who was he really?"


Henry released her and returned to his chair with a shrug. "He is nobody. Lambert Simnel turns out to be his name. A simple baker's boy. A pawn."

"What happened to him?" Elizabeth asked, hoping that the young boy had not been sacrificed in battle to grown men's whims.
"I have brought him back to London with me." When Elizabeth turned her face away, he knew she believed the boy imprisoned. "I have put him to work in the kitchens."
Elizabeth's eyes lit up as she turned her face to Henry's. "Truly? He is not in the Tower? Will not be tried for treason?"
"I see no point. He appears to be no older than eleven and understood little of what was going on around him. He does, however, seem to have learned some more desirable skills from this baker."
"Thank you, Henry." Elizabeth went to him and put her arms around him. Maybe he did not understand that she could not bear the death of one more boy, but he had saved this one nonetheless. She loved him for it." 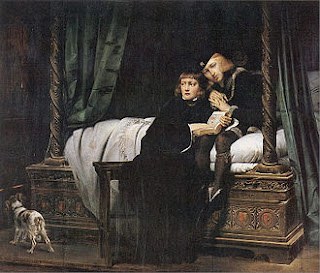 I cannot recommend Plantagenet Princess, Tudor Queen highly enough. My one criticism would be that it races through the 'Princess' years; it would  have been nice to see more of Elizabeth's relationship with her father and of her childhood in general. However, it does a wonderful job of exploring Elizabeth's years as Tudor queen, bringing her to life, not only as queen, but also as a wife, mother, sister, daughter and cousin. Elizabeth is portrayed as the link that holds everyone and everything together; she is dutiful, conciliatory and loving, with an inner determination. A heroine in the greatest sense of the word.

Samantha Wilcoxson has found her own path through the stories of the Richard III and the Wars of the Roses. The book is thoughtful, insightful and inspiring, with thrills and surprises on every page. Her diligent research and love of her subject shine through, shining a spotlight on Elizabeth of York, one of the most remarkable and underrated women to have ever been England's queen. 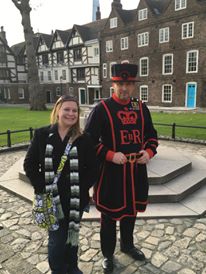 Samantha Wilcoxson is an American writer and history enthusiast. Her novel, 'Plantagenet Princess, Tudor Queen', looks at the transition from the Plantagenet dynasty into the Tudor era through the eyes of Elizabeth of York. This book has been named an Editors' Choice by the Historical Novel Society. Samantha's next novel, 'Faithful Traitor', will continue to look at the Plantagenet remnant by featuring Margaret Pole.
During rare moments when Samantha is not reading or writing, she enjoys traveling and enjoying time at the lake with her husband and three children.
Links:
Website
Twitter
Amazon UK
Amazon US