Please see below for details about the FREE COPY we have available to gift one lucky winner! 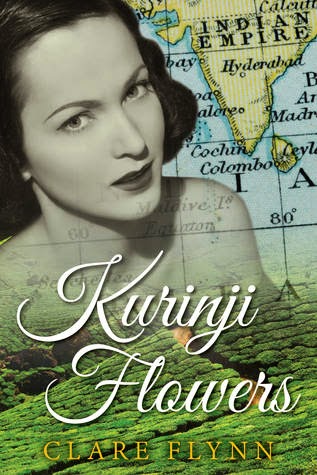 I wasn't sure what to expect when I opened Kurinji Flowers, by Clare Flynn. The cover image gives little away, and my main reason for selecting it was the synchronicity of hearing of the book while I was in India. To my delight it turned out to be exactly the kind of story I like. Although set in a time of turbulent affairs of state – including the last years of the British Empire, the Second World War, and Indian independence – the focus is firmly on individual lives and relationships. The central characters, particularly Ginny who we follow throughout, are not the prime movers in any of these events, but are caught up in the eddies and backwash of them.

The book explores, and exposes, the emotional lives of these people, and the long-lasting sorrow of men and women bound up in habits and attitudes that divide them from one another. People here are occasionally selfish and cruel, but – more often, and more destructively – are simply uncaring, and unable to empathise with each other. This ambivalence is particularly highlighted in attitudes to marital relationships, where authentically loving ones are derided, but abusive or empty ones are normative.

Ginny, meanwhile, struggles with her own experiences of sex and relationships. Along with this, she is alternately drawn towards, and repelled by, the Indian culture of Kerala, and cannot decide whether to continue to please her social compatriots, or pursue the inclinations of her artistic soul. 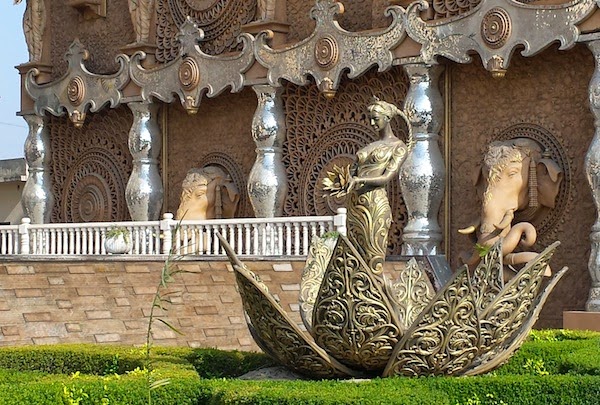 It would be quiet up there, and I'd be alone to paint undisturbed on the terrace outside…I worked away, content in my solitude and heedless of the passage of time, until my concentration was broken by a voice I recognized.

'Not the most beautiful of vistas, Mrs. Tilman? Why should this merit your artistic endeavours? Just a dirty river and a lot of shabby dwellings.' 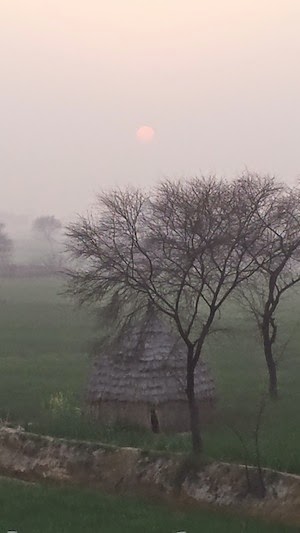 The book addresses this state of affairs in a compelling way which invokes grief in the reader rather than repugnance. The kurinji flowers of the title bloom in an extraordinary way only every twelve years, covering the mountain sides in a short but splendid spectacle. In a way which poignantly mirrors this natural wonder, Ginny experiences brief moments of joy in an otherwise barren life. The waste of human potential is sobering, and must have afflicted so many others of that generation. This waste is seen in Ginny's own life, in the expatriate colonial culture she is part of and yet despises, and indeed in much of the interaction between Britain and India through these years. Occasionally individuals do succeed in lighting up the narrative of the lives around them, but all too fleetingly.

The resolution of Ginny's own situation, not unlike that of India herself, can partly be anticipated by the reader, but partly also comes without warning. Circumstances force her to carry out a profound reappraisal of the events of her life. The experience is both painful and liberating. From time to time in the past she has had to discard initial, often prejudicial impressions in the light of further information. However, the scale of the adjustment she needs at the end of the book dwarfs all of the others.

I dropped the letter on the table as though it was contaminated. My heart was hammering and I was afraid to open the enclosed folded paper…When my brain had at last processed the contents, I passed it to Hector and slumped forward on the table, head on arms.

Truly, it is well worth waiting for the flowers to bloom. 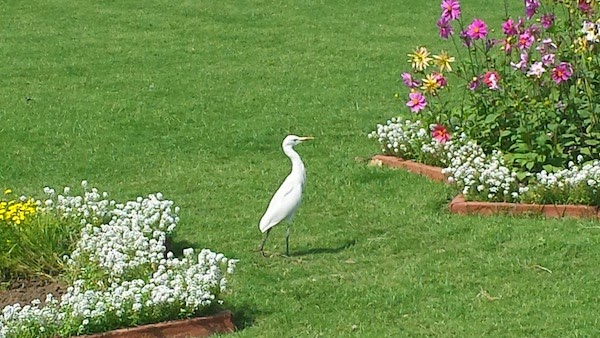 You would enjoy Kurinji Flowers if you are drawn – as I am – to stories of individual human relationships, and if you appreciate an invitation to walk alongside people trying to find a better answer to life than unmitigated loss and disappointment.


About the author:
After a career in consumer marketing, working on brands from nappies to tinned tuna and living in Paris, Milan, Brussels and Sydney, she is now happily settled in West London. Co-founder of the popular website, Make it and Mend It and co-author of the 2012 book of the same name, she is hard at work on her third novel as well as a book on fresh thinking.

Richard Abbott is the author of In a Milk and Honeyed Land and Scenes From a Life and can be found on Twitter, Facebook, Goodreads and Google. You can also find more about Abbott and his books at his blog and website. If you would like Richard to review your book, please see our submissions tab above.