Please see below for information about the giveaway!

The Witch Finder by Blythe Gifford – Reviewed by Louise Rule 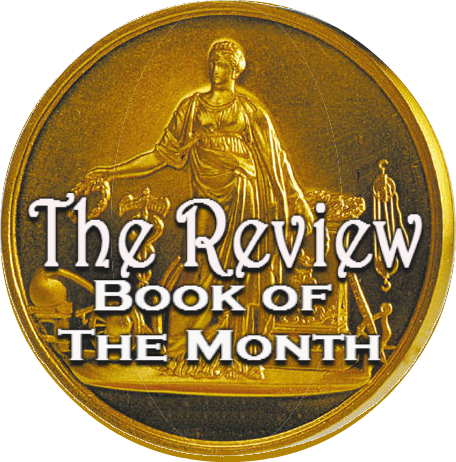 Welcome to The Review's Book of the Month Series.

There will be no submissions to this as it is purely us, The Review Team, who will choose them from books we have read, either recently or some time ago, but they have to be independently published by an independent author. 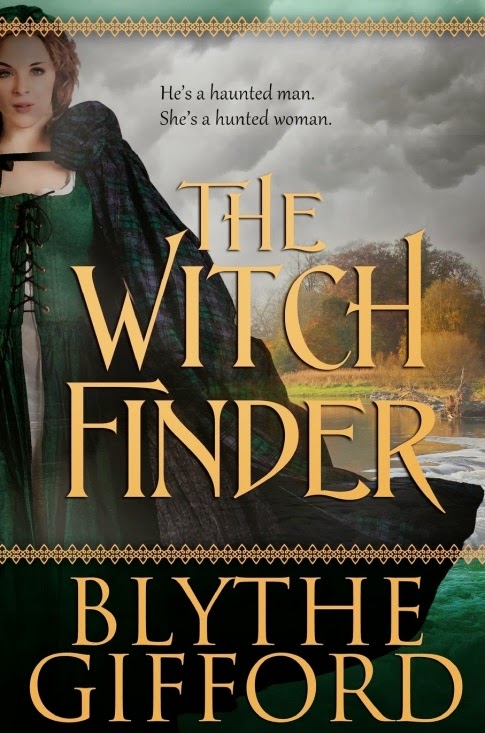 I am so thrilled to be presenting Blythe Gifford's novel, The Witch Finder

as the winner of February's Book of the Month

I originally reviewed Blythe Gifford’s book on 29th January, 2014, for The Review. The book has stayed with me ever since. The story line, the characters, the subject matter tempted me into considering it even more, and because of this, it reignited my own research into witch hunters, a subject that has, from time to time, been an interest of mine.

Since writing my original review, I have read Gifford’s book several times. Each time that I read it, I find something new, a nuance that I had missed in previous readings, or a greater understanding of how the characters were feeling. I became more and more impressed with how the story as a whole came together with each reading. For me, when a book can be reread with enthusiasm, that is a sign of excellent authorship.

Gifford has the ability to bring the reader through the curtain of fiction, and into the realms of real life. The readers find themselves on the sidelines, watching events unfold. Now and then, as if there is a feeling of intruding, the reader may find that they try to duck out of the way, so as not to be seen, so cleverly has this been written.

Because Blythe Gifford’s novel is based on known facts about witch hunting, everything is founded on the realms of possibility. This is how Gifford projects the drama, the angst, and the relief throughout. We readers are on tenterhooks often, and the relief, or sadness, of the characters after such events is palpable.

The Book of the Month Award from The Review is a new event for us, and I leapt at the chance of putting forward Blythe Gifford’s book. I have read very many books over the past year, most of them have been exemplary, but when it came to me to select my book for February, I did not hesitate to choose The Witch Finder. It is different, not your usual witch hunting story. It’s not written for sensationalism, it’s written as an account of real lives being affected by those awful events. You feel the injustice, the terror, the panic. I found myself holding my breath on many occasions whilst reading, followed by exhalations of relief.

Since writing my original review, I have visited Scotland twice in the past year, and now understand more fully the Scottish dialectal words that Gifford has used, and the draw of that wonderful country.

Blythe Gifford’s The Witch Finder Review is below, with additional content.

“It’s October 1661, Scotland, the Borders – Hoofbeats woke her, sending her heart tripping fast as the horse, even without knowing who rode. Nothing good rode at night.”

These are the opening lines to a story that will take you into the realms of the witch finder. The horror of not being able to make someone believe that you are innocent when they only see you as guilty, is unimaginable. Gifford cleverly draws the reader into the story, pitting the searcher against the searched.

The opening lines of a book, for me, are very important. They have to set the scene, hook me in, and make me want to turn the page. Gifford’s The Witch Finder does that for me. It is not a book that I would instinctively choose, but the cover intrigued me. First of all it has a teaser – “He’s a haunted man. She’s a hunted woman.” The title of the book overlays the picture in a bright yellow font that catches the eye, encouraging the reader to view the picture that sits behind it: a woman cloaked in black. So, being naturally curious, I had to read it.

Margaret is our protagonist, hiding her mother who has been sent mad through interrogation in Edinburgh by the witch finder called Scobie. They are living in a small, remote, barely furnished cottage out along the road from the village of Kirktoun. Here she could keep her mother safe and away from prying eyes and questions. Gifford has the reader feeling sympathetic towards both Margaret and her mother from the outset. We feel her panic as the witch pricker comes riding past her home. Will Margaret’s mother be found? Will Margaret be accused of being a witch? Nail-biting moments carry the reader page by page. We are taken into the realms of interrogation, and the bitter futility of declaring innocence.

The witch finder is Alexander Kincaid who had watched his mother die. We are told that she was the victim of a witch’s curse. It is because of this that he dedicates his life to finding witches. The Kincaid character is presented as vacillating between being absolutely certain of what he is doing to doubting it. His turmoil, for me, is pivotal, inasmuch as it demonstrates his conscience is fighting with his determination to find witches, no matter how.

Gifford has a sound knowledge of the era of witch finding in Scotland in the 17th century. The witch finder being referred to as the witch pricker, because of the brass pointed tool that was used to prick into the accused. If the accused felt no pain they were guilty; if they did not bleed from the wound, they were guilty. If they professed their innocence, then it was the devil putting those words into their mouths. They were literally damned if they confessed, damned if they didn’t. Either way the use of the witch pricker tool always proved the poor woman guilty.

There are some really poetic images running through the story, for example:

‘…The flash of anger. But it rippled away like the sparkle of a fish in the stream, so quickly he wondered whether he had seen it at all.’

‘The moon, half eaten by clouds, looked down on them as wind rattled the trees, sending leaves scuttling across their steps.’

Since first reading The Witch Finder, I have visited Scotland twice, and I feel that Gifford has realistically used the Scottish dialect here and there where it has the most impact. I think had she written all speech in dialect the book would have become difficult to read. Writing in dialect is a difficult thing to do properly; I think that Gifford has achieved it. For example,

She shook her head. “She’s a howdie with no bairns of her own. It’s unricht.”

The use of the word, ‘unricht’, I would presume means ‘wrong – “unright”’.

Gifford confidently carries the reader through the story at a great pace. There are breath-taking moments, breath-holding moments, and moments of great relief. I was sorry when it was finished. I don't know if Blythe Gifford intends a second book on this subject or not, but I consider there is scope for the story to continue, and I for one, would love to read another installment.


Author Blythe Gifford is also so graciously offering a FREE COPY of The Witch Finder as a giveaway. For your chance to win, simply comment below OR at this review's Facebook page here.

The Witch Finder can also be purchased in paperback and in e-book format here.

You can find Blythe Gifford here at www.blythegifford.com.

Louise Rule is author of Future Confronted.
View her Facebook Page here.
Find her on Twitter and Goodreads.

Email ThisBlogThis!Share to TwitterShare to FacebookShare to Pinterest
Labels: Blythe Gifford, Louise E. Rule, The Review Book of the Month, The Witch Finder