See below for giveaway information! 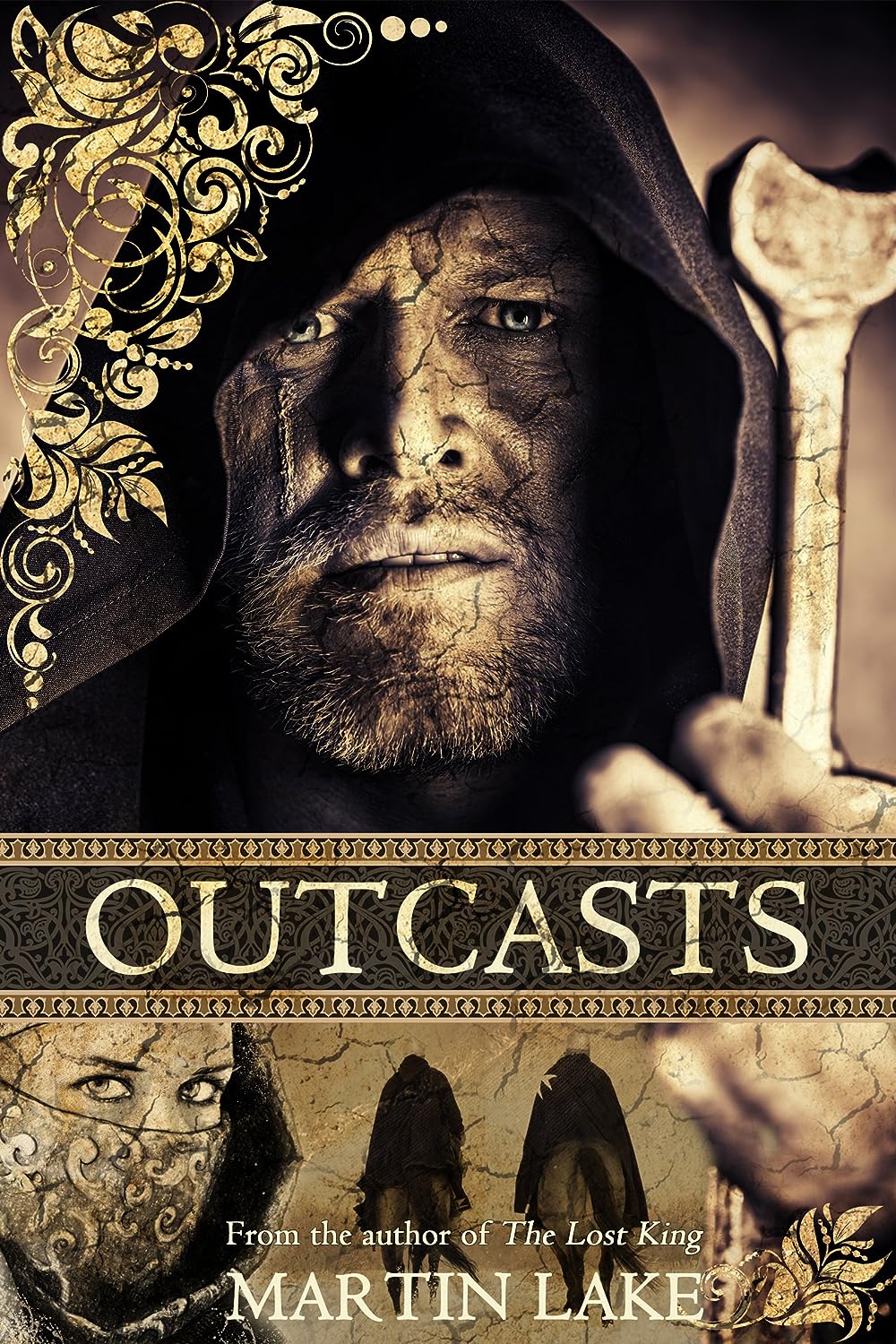 "John felt he may die at any moment. The sun poured out of a clear blue sky, an intense, implacable heat which seemed intent on beating him to his knees. He uncorked his flask and sipped at the water. It tasted of iron and gave no relief to the desert of his mouth."

Pilgrims John and Simon Ferrier arrive at the Crusader kingdom of Jerusalem on the day that King Guy marches the army to the disastrous defeat at Hattin. The victor, Saladin, is determined to destroy the Crusader kingdoms once and for all.
To defend the city there is only one nobleman, Balian of Ibelin, and four knights. In desperation Balian knights thirty ordinary men to lead the defence, John and Simon among them. The new-made knights fight valiantly but can only delay the inevitable. Balian is forced to surrender the city to Saladin.

Outcasts asks the question: What became of these low born knights?

If, like me, you enjoyed Ridley Scott’s Kingdom of Heaven then you will be aware of Balian leading the doomed defence of Jerusalem. In Martin Lake’s Outcasts we see Balian as not the young Orlando Bloom but as the historically accurate veteran crusader knight, respected by Muslim and Christian alike. I knew that I would enjoy this book; however, I ended up enjoying it in a totally different way than which I envisaged.
The author skilfully sculpts us an image of Jerusalem, as we see it through the eyes of the young pilgrims: a holy city full of hope and faith on one hand but an assault on the senses on the other. The author has done a good deal of research and we are lost in the heady sights, sounds and smells of this great city but soon this image is smashed and in ruins as the whole region is sent into chaos as war stokes the fires of fanaticism. The book is mainly dialogue driven, rather than describing sweeping dioramas of bloody battles between Crusaders and Saracens, but this enables us to get into the central characters’ heads, to fully empathise with them.

Reading Outcasts I was swept along in the story, eagerly turning the pages. It soon becomes clear that the title is very well chosen: the warriors knighted by Balian are despised by Christian aristocratic knights, their blood and sweat lost in the defence of Jerusalem counting for nothing. The characters we follow are cast adrift from family, from city, denied nationality and even their faith brought into question. They are stranded in a land between worlds, at the crossroads of trade routes and a meeting of peoples and religions. While religious zealots both from the East and West see the world in terms of black and white, those caught between learn to tolerate each other’s differences; the borders, both political and cultural, become more fluid.
The reader, like the characters, is asked to question their cultural concepts of right and wrong; no religion or culture is superior to the other. The central characters experience abuse and resentment from those they would expect help from and yet receive aid and honour from those they would count as enemies. The comparison with modern events, with the stark polarisation offered by the mad religiosity of ISIS, can clearly be seen. Here is a land that has been central to the evolution of Eurasian civilisations and yet has been fought over for millennia, with barbaric conquest dressed as faith. With such a long history of empires rising and falling who can really claim this land as theirs and theirs alone?

The question is well illustrated in a dialogue between Simon Ferrier and the cynical Eraclius, the Patriarch of Jerusalem:

Eraclius sighed."You will learn, that the only way we Christians prosper in this country is by making peace with the Saracens."
"You cannot mean that my lord."
"I do indeed. This land has been fought over since the time of Moses. Who can really say has the best claim to it? the Jews, the Syrians, the Greeks, the Saracens?"
"Surely it is us my lord? We Christians."
Eraclius laughed. "Almost everyone in the Holy Land would question that statement."


The central characters in Outcasts meanwhile,  forced by events to take up the sword, look upon each faith, demanding their souls and obedience, with suspicion. It is their own lives, and those that they love, here and now, that concerns them. Christian Lord or Muslim Sultan: each would use them for their own quest for power; our characters will instead seek their own destinies. How these destinies unfold will be revealed in the sequel, which I eagerly await.


Outcasts is out now available at Amazon.

Author Martin Lake has also so generously offered a copy of Outcasts for a giveaway! To grab your chance to win, simply comment below or at this review's associated Facebook thread.

After studying at the University of East Anglia, Martin has worked as  a lecturer, trainer and a company director. A serious accident curtailed his work load but he found a release in his passion for writing. He can be found online at his blog and followed on Twitter. He also has a Facebook page.


Rob Bayliss is a reviewer at The Review and is currently writing his Flint & Steel, Fire & Shadow fantasy series. Book 1 The Sun Shard is available at Amazon.