Sharon reviews There is Always a Tomorrow by Anna Belfrage

Today Sharon Bennett Connolly reviews There is Always a Tomorrow, the fabulous latest instalment of The Graham Saga from Anna Belfrage. The author has kindly offered an ebook as a giveaway. To be in with a chance of winning this fabulous story, simply leave a comment below of on our Facebook Page.
The winner will be drawn on 3rd January 2018.
Good luck! 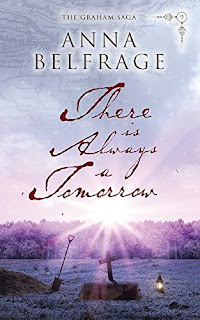 It is 1692 and the Colony of Maryland is still adapting to the consequences of Coode’s Rebellion some years previously. Religious tolerance in the colony is now a thing of the past, but safe in their home, Alex and Matthew Graham have no reason to suspect they will become embroiled in the ongoing religious conflicts—until one of their sons betrays their friend Carlos Muñoz to the authorities.

Matthew Graham does not leave his friends to rot—not even if they’re papist priests—so soon enough most of the Graham family is involved in a rescue attempt, desperate to save Carlos from a sentence that may well kill him.
Meanwhile, in London little Rachel is going through hell. In a matter of months she loses everything, even her surname, as apparently her father is not Master Cooke but one Jacob Graham. Not that her paternity matters when her entire life implodes.

Will Alex and Matthew be able to help their unknown grandchild? More importantly, will Rachel want their help? 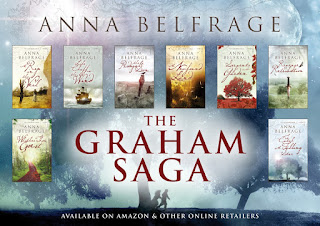 Anna Belfrage has to be one of the best authors around today. She has an incredible talent for storytelling and has a knack of drawing the reader in, and not letting them go!


I was introduced to Anna Belfrage through her King's Greatest Enemy series, set in the time of Edward II and fell in love with her writing instantly. I am, therefore, a late-comer to the Graham Saga. I have only read the first couple of books in the series when Anna Belfrage asked me if I would like to review  There is Always a Tomorrow, the ninth book in the series. I was a bit dubious, wondering if I would be able to follow the story, but I needn't have worried. Even if this was your introduction to the Graham's you would have no problem following the story, and the author has a very subtle way of introducing the backstory as you go along. It's like meeting an old friend in town - catching up on the bits you've missed as you talk about what's happening now.

The author really invests her passion for writing in her  characters.  You find yourself hoping beyond hope that all will turn out well for them. But, of course, even if things do turn out well, it is not necessarily in a way you would expect.

The  large dark-panelled room was crammed, every seat available on the low benches taken. The majority were men - and, to hear them, convinced every papist deserved to die. But there, to the right, were their friends. Martin paled and half rose at the sight of his brother, but Robert waved him down to sit. Alex Graham was not to be thus stopped. Before Mathew had grabbed hold of her, she was  forging a path towards them.

"Have these men eaten?" she demanded of the magistrate. "Look at them! What have you done? Locked them up in a cellar somewhere and left them to rot?"

The magistrate scowled at her, but the transferred his glare to one of the guards.

"They've had some bread," the guard said defensively. Carlos had to smile at how the man retreated before Alex's wrath.

"Some bread?" Alex advanced upon him, "They've been in your cell for over two months and all you've given them is some bread?"

The magistrate held up his hand. "They've been fed," he said coldly.

"Fed?" Alex drew in a breath, but before she could say anything, Matthew had her by the arm.

"Come awa," he said. "You've made your point, lass. These two men have been despicably treated, and I am sure our revered magistrate will ensure those guilty will be adequately punished."

Matthew Graham was an imposing man, and under his fierce gaze, the magistrate wilted somewhat.


There is action, adventure, suspense and tension by the bucket-load. This is the story of a family trying to survive, supporting each other and their friends. Anna Belfrage draws in the politics and religious intolerances of the time, to give the reader a story which is all-consuming; an experience for all the senses and emotions. Whether the setting is a London parlour, a squalid prison or the GRaham family's homestead in the American colonies, Annd Belfrage transports the reader there with her consummate skill, recreating the sights, sounds, smells of the locale and the fears, hopes and anticipation of the characters.

The story comes to life around its characters. Alex and Matthew are now the head of a rather large family of children, grandchildren, and probably should be thinking of retiring. However, they are still the couple that everyone looks to in order to solve problems and keep everything together. You find yourself falling in love with them from the  opening pages, cheering them on and hoping they can overcome their tribulations. Their son, Samuel,  is split in two by his loyalty to his birth parents, and to his adpoted native American family. He is just lovely - such a sweet boy. And granddaughter Rachel is an abused child you want to love, but her anger and pain make her hit out and hurt those who want to care for her. Her story is touchingly and skillfully told, leaving the reader emotionally drained.

There is Always a Tomorrow is a treasure of a story. It is not all sunshine and flowers and the story will take you through the full range of emotions. It had me smiling in some places and in tears in others - always the sign of a good story. Beautifully written, it transports you back to the early days of Colonial America, so much so that you get the dust in your nostrils! 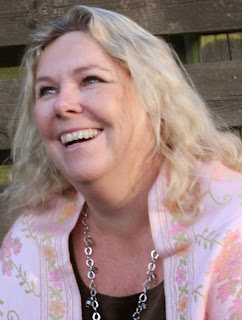 I was always going to be a writer - well in between being an Arctic explorer, a crusader or Richard Lionheart's favourite page (no double entendre intended - I was far too innocent at the time) Anyway, not for me the world of nine to five, of mortgages and salary checks. Oh no; I was going to be a free spirit, an impoverished but happy writer, slaving away in a garret room.

Life happened. (It does, doesn't it?) I found myself the bemused holder of a degree in Business Admin, and a couple of years later I was juggling a challenging career, four kids, a husband (or was he juggling me?) a jungle of a garden, a dog, a house ... Not much time for writing there, let me tell you. At most, I stole a moment here or there.

Fortunately, kids grow up. My stolen moments became hours, became days, weeks, months... (I still work. I no longer garden - one must prioritise) It is an obsession, this writing thing. It is a joy and a miracle, a constant itch and an inroad to new people, new places, new times.

You can find Anna at her Website and blog. And you can buy her books here 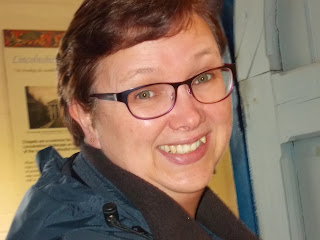 Sharon has been fascinated by history for over 30 years.She has studied history at university and worked as a tour guide at several historic sites. She has lived in Paris and London before settling down back in a little village in her native Yorkshire, with husband James and their soon-to-be-teenage son.
Sharon has been writing a blog entitled 'History...the Interesting Bits' for a little over 2 years and has just finished her first non-fiction work, 'Heroines of the Medieval World'. The book looks at the lives of the women – some well known and some almost forgotten to history – who broke the mould; those who defied social norms and made their own future, consequently changing lives, society and even the course of history.

Heroines of the Medieval World,  is now available in hardback in the UK from both Amberley Publishing and Amazon UK and worldwide from Book Depository. It is also available on Kindle in both the UK and USA and will be available in Hardback from Amazon US from 1 May 2018.

Email ThisBlogThis!Share to TwitterShare to FacebookShare to Pinterest
Labels: Anna Belfrage, Sharon Bennett Connolly, The Graham Saga, There is Always a Tomorrow